What does it mean to decolonize? 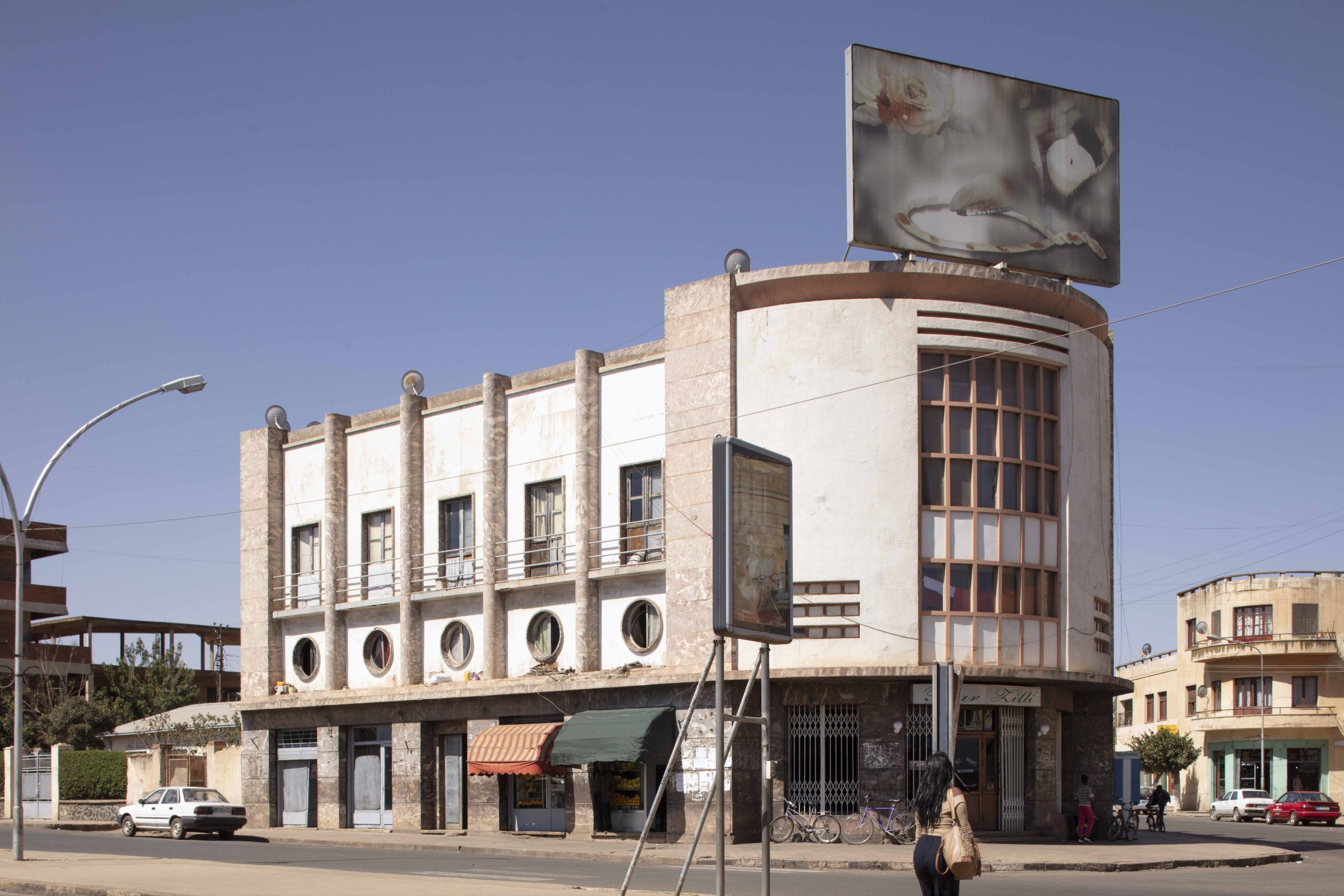 Whereas this endeavor seems to be a lot to take on, when we ask ourselves,” what does it mean to decolonize”? it becomes more than a question; it becomes an acknowledgment that our institutions, epistemologies, disciplines, practices not only need to be challenged, but also reframed or completely abandoned. We need to re-imagine ways of thinking, speaking and doing, in a world where colonial structures shape bodies, spaces, buildings and landscapes.

“To decolonize” addresses our own positions as both practitioners and educators, and acknowledges that there are imbalances (and dynamics of power, produced and reproduced) that are inherent between colleagues, course participants, frames of references and most importantly the institution itself – its history and identity. But also how the history and identity of the institutions are embedded in a specific geopolitical context. We all have a position. It is time to make it visible and not hide on preconceived and silent assumptions. We believe that only a truly diverse environment can help to sharpen our own distinct positions.

In the Decolonizing Architecture Advanced Course[1] at the Royal Institute of Art in Stockholm, we engage in a collective endeavour in experimenting with decolonial approaches. We do this work in dialogues with guests, texts, and, most importantly, each other. The group comprises a wide range of nationalities and ages ranging from the late twenties to the late thirties. Most of the course participants have experienced living in countries different from where they were born. Half of them trained as architects or urban planners, and the other half are artists, journalists, writers, graphic designers, curators, and researchers. The diversity of the group is one of our most significant resources. We share with the course participants the sense of being in a sort of ‘permanent crisis’: to radically rethink trajectories and how to practice; eager to experiment; to find a community of peers and a protected space to think together, or simply to find a way out of the non (or anti-)critical and commercial dimensions of the architectural profession.

The fundamental assumption of our approach to learning is that each participant is a source of knowledge. Therefore the starting point is to share personal experiences and desires, and based on those start forming alliances, building the communal where it is possible to learn from each other. After sharing their own experiences and positions and creating a safe environment where to take risks and be exposed, we ask them to respond to the course proposition to engage with the fundamental articulation between sites, concepts, and people.[2] These are the three pillars that constitute the base of our pedagogical and research approach.

Participants are asked to select a site, understood not only as physical space but also as a community, or a body, a source of knowledge and the anchor for their research practice and intervention. In parallel, they are invited to reflect on one or more concepts that emerge from the site, to theorize not by borrowing theories from books, but to ground their theories in the site and in their own practice. We invite them to cultivate a constant oscillating movement between the hard realities and limitations of the site and to reflect on concepts that open up a critical understanding of the site. These conceptualizations form what we call a “Collective Dictionary,” composed of individual and collective terms that provide the theoretical frame for individual and collective actions. The collective dictionary creates a community of peers that share different sites and concepts that nurture each other’s individual and collective research.

This collective experimental and research based pedagogical approach is understood as a series of settings and practices that lead to the creation of meaningful individual and collective learning environments. What is at stake in those environments is for course participants, the possibility to be active learners by reflecting critically on their own practice by asking fundamental questions of why we do what we do, and how our own practice is framed in the larger social and political context. Therefore the course that we teach does not offer a pre-packed system of knowledge, but helps the participants build their own individual and collective framework that gives meaning to actions and practices. 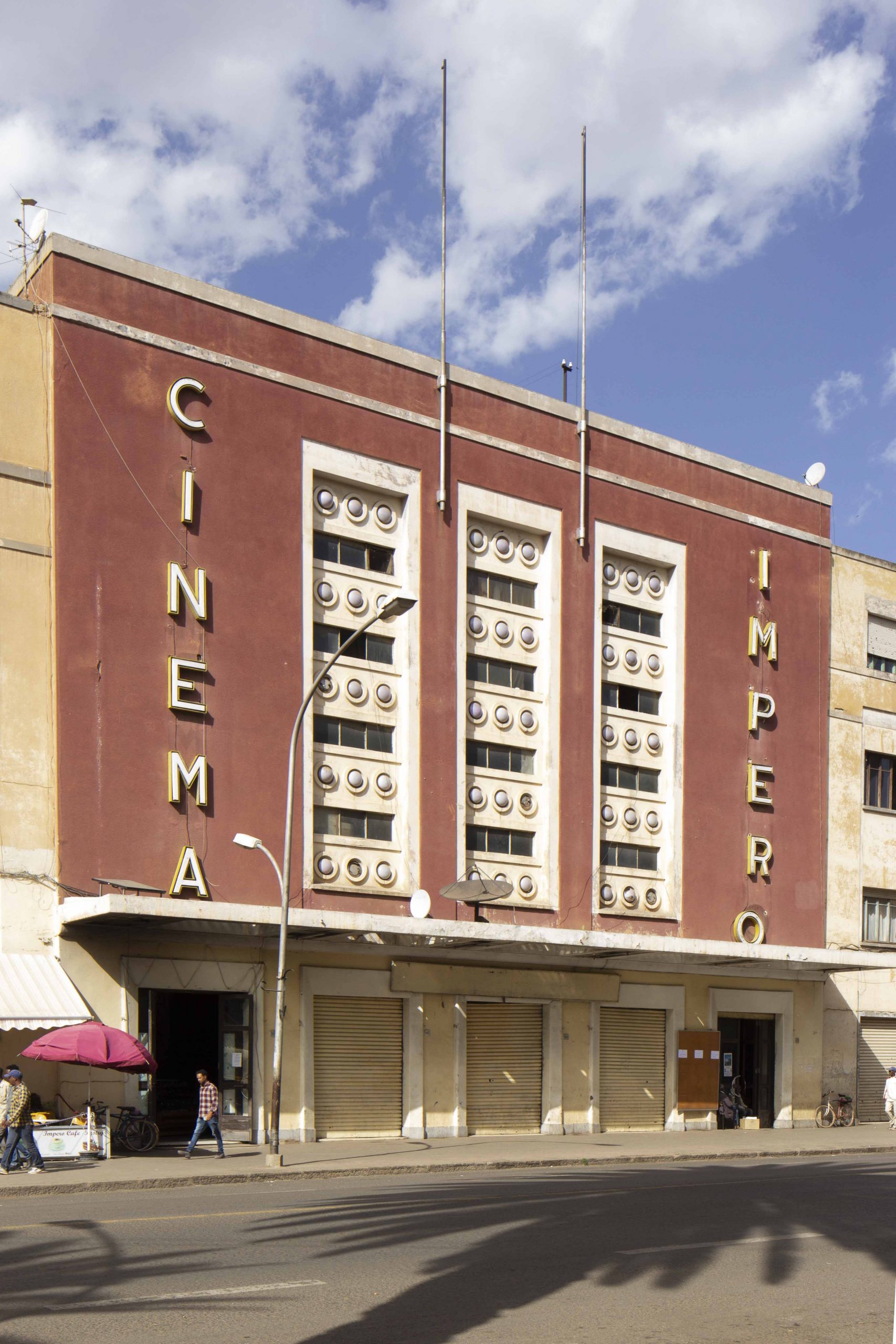 By asking what decolonization means – rather than what it is   – we address our specific context as facilitators of a course within an institution of higher learning, an institution of both art and architecture. It cannot be enough to simply think of decolonization in terms of the symbolic but that this always needs to be an active process, and therefore never a destination one can arrive at.

The Arts — we use the plural to take the distance from an understanding of art as a predefined epistemological field — is understood not as discipline, but rather unique constitutive space where meanings are created and realities formed. We are interested in an artistic and architectural practice that does not claim a specific disciplinary territory but instead claim the right to exist in its own specificity against all classifications. Needless to say, we see Architecture as part of the Arts, and not as a separate discipline. Architecture in our teaching and research practices is used both as material and immaterial form for thinking and interventions. Giancarlo De Carlo used to say that Architecture in fact is too important to leave it to the Architects. Before the modernist dogma that created the figure of the Architect as a separate profession, Architecture was thought of as a complex cultural and material practice as part of the Arts. 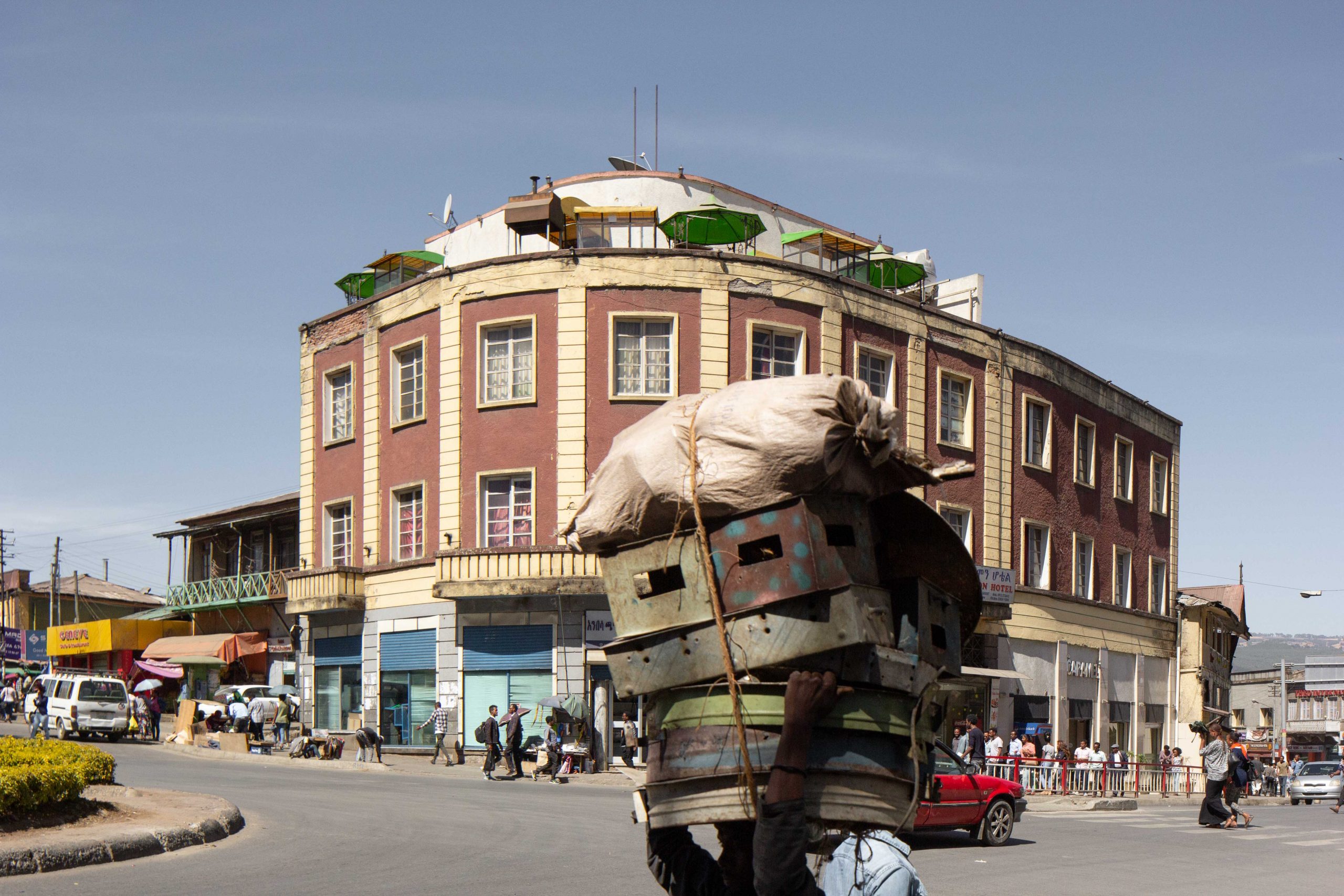 Architecture in the process of colonization and decolonization plays a crucial role in organizing spatial relations and expressing ideologies, even when it’s abandoned and left in ruins, it is mobilized as evidence of political and cultural claims. The analysis of the ways in which colonial architecture has been re-utilized is a new arena for understanding broader political and cultural issues around national identity and exile, senses of belonging or alienation, and social control or urban subversion.

Historical processes of colonization and decolonization and today’s conditions of coloniality and decoloniality, have shaped the world order and continue to either sustain or struggle to dismantle, inequality, structural violence, systems of privilege and white supremacy. In this global scenario, architecture has always played a crucial role in organizing colonial spatial relations and reflecting or contesting modernity, its rationalities, ideologies and hierarchies.

Architecture materializes ideologies, that in turn orders how the world is structured by such histories, of which narratives are made visible and contributes in how it positively or negatively affects people’s life chances; of whom can move freely, and of whom cannot. Even if we today in most cases, may not refer to the world as colonial, we are living the effects of colonial legacies. It, therefore, means what we deem a thing of the past, perhaps more active than ever. Whereas, the colonial suggests distance, both in time and space; “to decolonize” is to argue that colonial structures affect both internally as externally, on the scale of the individual’s mind and body and to the scale of global structures, both material and immaterial. That are both active here, in a place like Sweden, which does not associate itself with colonialism, neither in the past nor the present, despite the collective amnesia regarding nordic countries colonial ambitions, the ongoing colonization of Sami land as a site of extraction, and the government-funded eugenics that shaped decades of institutional racism. 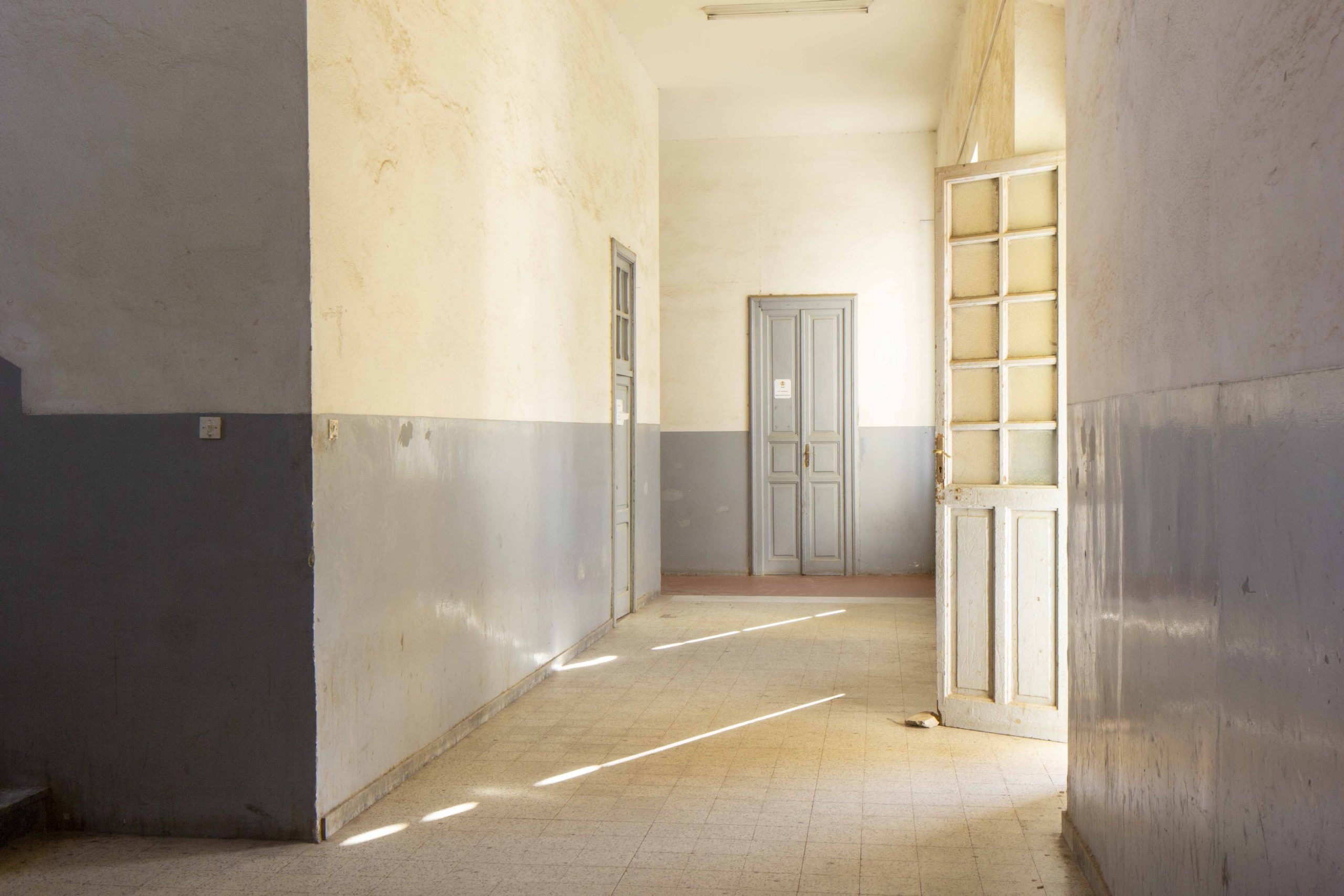 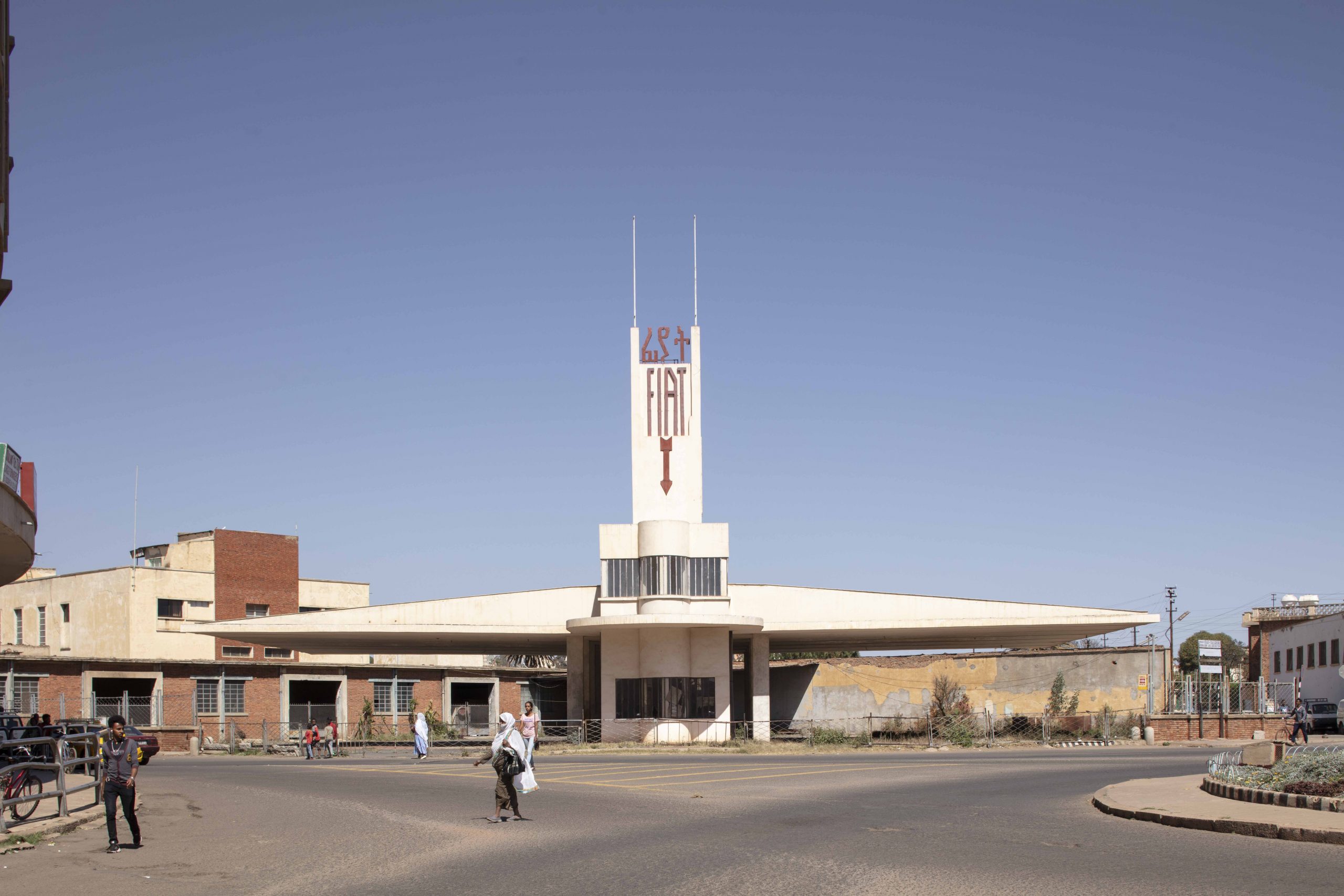 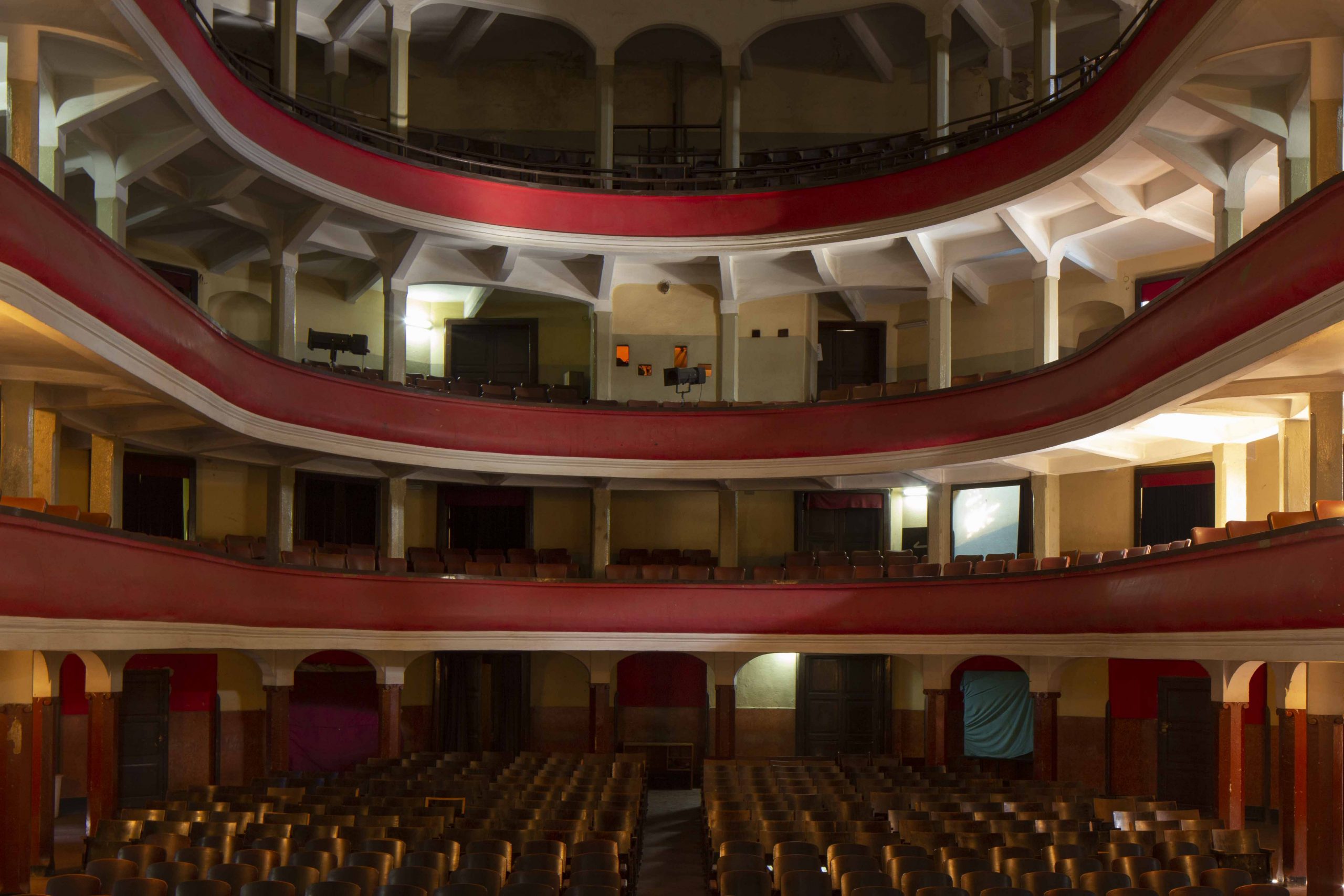 What does it mean to decolonize?
1/3

We see our roles as educators as a form of activism, and therefore we understand learning not less than a tool for liberation. One of us (Alessandro) comes from a southern Italian family, from a region unknown also to Italian called Molise. No one from his father and mother side went to the university. His brother and him were the first ones. One of us (Marie-Louise) questioned her own architectural education that involved the erasure of others, and the scripts she unconsciously followed and embodied to have her knowledge validated. Therefore we both see the university both as a site of oppression but also of potential liberation to become who we want to be, a transformative site for ourselves and the surrounding environment.

Having both previously worked outside institutional frames in refugee camps and in segregated suburban neighborhoods, we do know the limits and the potentialities of practicing outside or inside the institutions. Our task for the coming years is to challenge a dominant structure of knowledge production from the place that we inhabit and at the same time open up artistic and architectural practices to forms, subjects and experiences that have been historically marginalized and devalued.

is a Professor of Architecture and Social Justice at the Royal Institute of Art in Stockholm and co-director of DAAR (Decolonizing Architecture Art Residency), an architectural studio and residency program centre around the relation of politics and architecture. In 2012 with Sandi Hilal he founded Campus in Camps, an experimental educational program in the Dheisheh refugee camp in Bethlehem. His latesd publication, Permanent Temporariness (Art and Theory Publishing, Stockholm 2019), is a book, a catalogue, and an archive that accounts for fifteen years of research, experimentation, and creation against and within the condition of permanent temporariness.

is an architect, lecturer and researcher at the Royal Institute of Art in Stockholm. Since 2018 she has been teaching the course Decolonizing Architecture. Her current research explores invisibility as a critical strategy, subjectivity and spatial category in the ongoing research project: Hyper-visible Invisibility: Tracing the Politics, Poetics and Affects of the Unseen, published in The Field Journal: Becoming a Feminist Architect (2017). And in the collaborative artistic research project Spaces of Care Disobedience and Desire: Tactics of Minority Space-Making, initiated together with Rado Ištok and Natalia Rebelo at the Royal Academy of Art.