IASPIS is announcing the Urgent Pedagogies Issue#3: Modalities, sharing experiences from various practices within the context of territorialities; spatial, institutional and political constraints; and colonial histories.

The 3rd issue of Urgent Pedagogies is focusing on “modalities”. Consisting of experiences from various practices within the context of territorialities; spatial, institutional and political constraints; and colonial histories, the issue draws up different self-organized initiations, methodologies, and institutional models of action. Starting from the curatorial practice as a possible space for “epistemic disobedience” and speculating on fictional futures, it continues through self initiated pedagogic actions engaging local communities and inserting pedagogical devices in institutional contexts, to strategies of merging formal education with activism and looking at the possibilities of combining bottom up and a top down approaches.

is an artist/designer, researcher and visiting lecturer. He was born in London and moved to Hong Kong eleven years ago to complete a Masters in Design at The Hong Kong Polytechnic University. His projects range from collective agriculture projects such as The HK FARMers’ Almanac 2014-2015 to Pangkerchief, produced by Pang Jai fabric market in Sham Shui Po. Michael is a visiting lecturer at Hong Kong Baptist University where he teaches social practice (MA). He is currently doing his PhD at the School of Creative Media, City University of Hong Kong. His research focuses on Insurrectionary Agricultural Milieux, rhizomatic forms of agriculture that exist in local response to global conditions of biopolitics and neoliberalism. In 2014 Michael started writing fiction, self-publishing and reading them in public space. He contributes monthly to Fong Fo, an artist zine printed on the 21st of each month.

is an artist, teacher and researcher. Graduated in Geography at the University of São Paulo and Master in Clinical Psychology / Subjectivity Studies at PUC-SP (2017) with the dissertation “Beijo de línguas” (Tongue Kiss – when the deaf poet and the hearing poet meet) under the guidance of Prof. Dr. Suely Rolnik. Founding member of the art-politics-education collective Grupo Contrafilé and the performance study group Slam do Corpo, which since 2012 has been developing the 1st poetry battle in Brazil with deaf and hearing poets. Since 2000, she has worked training teachers and educators in cultural shows and exhibitions. Cibele develops and participates in projects as an illustrator, working mainly with drawing and embroidery. One of her main quests is to strengthen networks and radical methodologies for meeting, listening and creating.

works as a researcher, artist and educator. Graduated in Social Sciences and Journalism, she has been investigating the relationships between culture, body and urban space in different ways for more than twenty years. In 2012, she defended her Master’s dissertation Space as Work – Actions, Artistic Collectives and City at the Faculty of Architecture and Urbanism of the University of São Paulo. In 2017, a book with the same title was edited by Annablume with support from Fapesp. This same year, as a Fapesp fellow, Joana defended her doctoral thesis Arte em Fuga (Art in Escape), with focus on the points of convergence between art and social movements today. She founded the artistic collective Contrafilé Group. Since 2000 Joana works as a teacher and coordinator of cultural projects focused on contemporary art education for young people and teachers, from a political and critical perspective, in partnership with different institutions in São Paulo and Brazil.

is a Ph.D. architect, urbanist, and activist for the urban commons, Associate Professor, at the Department of Architecture, University of Cyprus. His research focuses on the political agencies of architecture and urban design. He studies the strategic value of urban design, as well as the social dimensions of architecture plus the ways they both transform into critical urban practices. Socrates oscillates between reflective practice and practice-based research, thanks to entanglements between teaching, practicing, curating, and writing. He enriches his research by operating in a highly contested territory, such as the Cypriot one, plus by having an active contribution to the becoming of young European urban design practices through his scientific position in EUROPAN Europe. He’s one of the main founders of the critical urban practice agency AA & U, Cyprus. Soctates’ curatorial and activist work involves the Cyprus participation in the 15th Venice Biennale of Architecture, as well as the “Hands-on Famagusta” project and he was the editor of the book “Guide to Common Urban Imaginaries in Contested Spaces”, jovis. 2016.

is a curator and researcher working across the fields of visual arts, design, and architecture. She has been an Associate Curator at Z33 – House for Contemporary Art, Hasselt, Belgium. She has in different contexts been working with issues of pedagogy and spaces for learning and knowledge production and in her PhD thesis Toward an Ecology of Knowledges: Critical Pedagogy and Epistemic Disobedience in Contemporary Visual Art and Design Practices she explored and discussed in depth historical and contemporary theory and practice in this field. Curatorial projects include: Le Déracinement. On Diasporic Imaginations, Z33, Hasselt (2021); research program The Politics of Affinity. Experiments in Art, Education and the Social Sphere, Cittadellarte-Fondazione Pistoletto, Biella (2016–18); participation on the curatorial team of The School of Kyiv—Kyiv Biennial 2015; and the exhibition, symposium, and educational program Global Tools 1973–1975: Towards an Ecology of Design, SALT, Istanbul (2014). Silvia Franceschini is an editor of The Politics of Affinity. Experiments in Art, Education and the Social Sphere, Cittadellarte – Fondazione Pistoletto, 2018, and a co-author of Global Tools 1973–1975. When Education Coincides With Life, Nero Publishing, 2019.

is a Project Manager at IASPIS, responsible for the design, crafts and architecture related programme. He has a background as curator, project coordinator and educator. Between 2014 and 2018 he developed and managed two experimental postgraduate courses on socially-engaged critical practice; Sites and Situations and Organising Discourse, at Konstfack University College of Arts, Crafts and Design, Stockholm. Between 2009 and 2014 Magnus Ericson was a Senior Advisor/Coordinator and Curator for a new design-related programme at Arkdes, Sweden´s National Center for Architecture and Design, in Stockholm. Between 2007 and 2009 he was assigned as a Project Manager at IASPIS to pursue and develop the activities within the fields of design, crafts and architecture. Together with Ramia Maze he was the author and co-editor of DESIGN ACT Socially and politically engaged design today – critical roles and emerging tactics (Berlin, Sternberg Press 2011).

is the 6th recipient of the Keith Haring Art and Activism and fellow of Bard College of the Human Rights Program and Center for Curatorial Studies, NY, 2019-2020. She is a sociologist, art historian and currently Professor, Fine Arts Faculty, Batman University, Turkey. Tan is a Senior Fellow of the Center for Arts, Design and Social Research, Boston; and researcher at the Architecture Faculty, University of Thessaly, Volos (2020-2025). She is the co-curator of the Cosmological Gardens project by CAD+SR and she was the curator of the Gardentopia project of Matera ECC 2019. Tan, was a Postdoctoral fellow on Artistic Research at ACT Program, MIT 2011; and a Phd scholar of DAAD Art History, at Humboldt Berlin University, 2006. Her field research was supported by The Japan Foundation, 2011; Hong Kong Design Trust, 2016, CAD+SR 2019. She was a guest professor at Ashkal Alwan, Beirut 2021; Visiting Professor at School of Design, Hong Kong Polytechnic University, 2016 and at the Department of Architecture, University of Cyprus, 2018. Between 2013 and 2017 she was an Associate Professor of the Architecture Faculty at Mardin Artuklu University. She is a member of Imece refugee Solidarity Association and co-founder of Imece Academy; advisor of The Silent University and the pedagogical consortium of Dheisheh Palestinian Refugee Camp, Palestine. In 2008 she was an IASPIS grantholder. 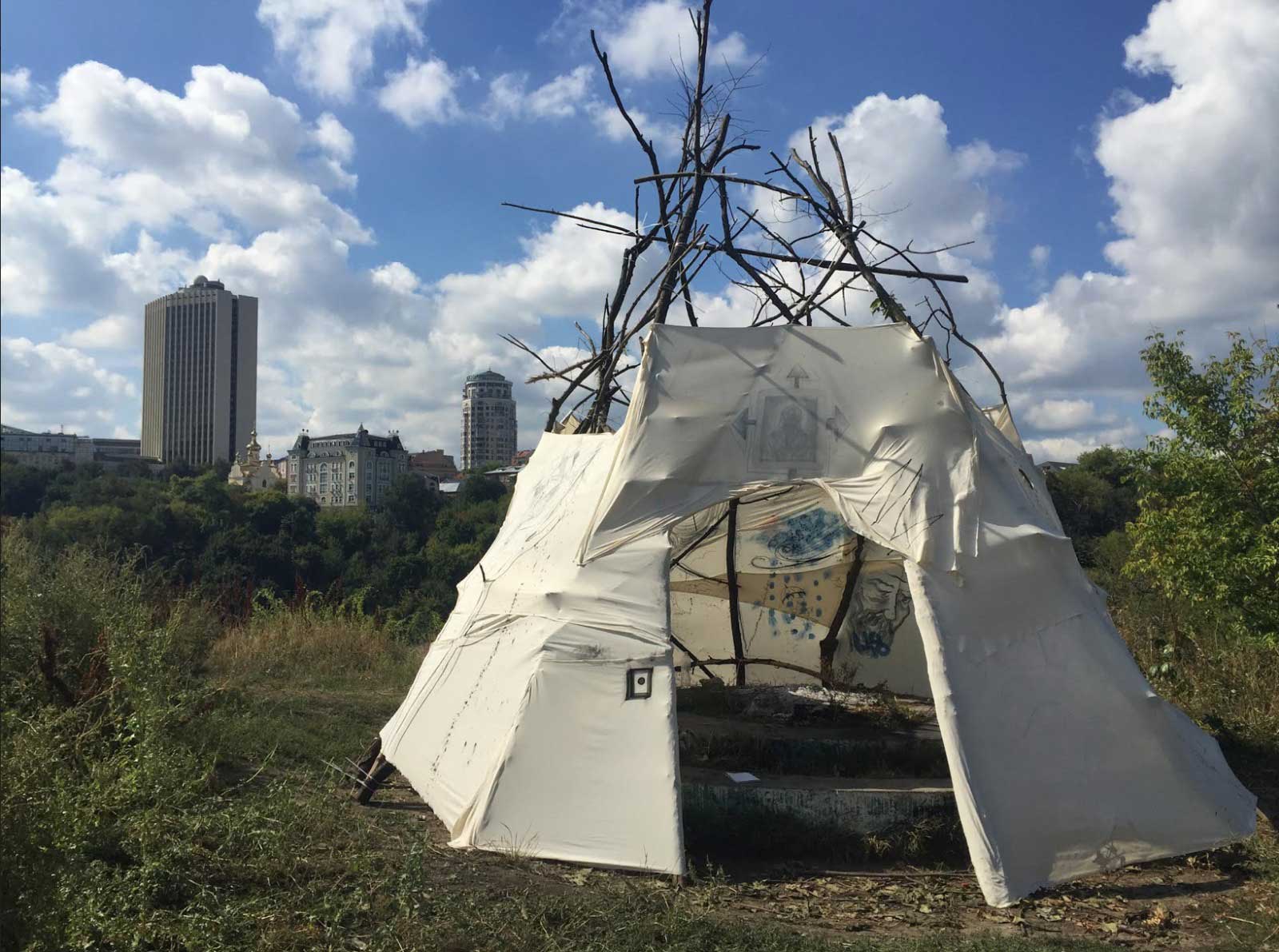 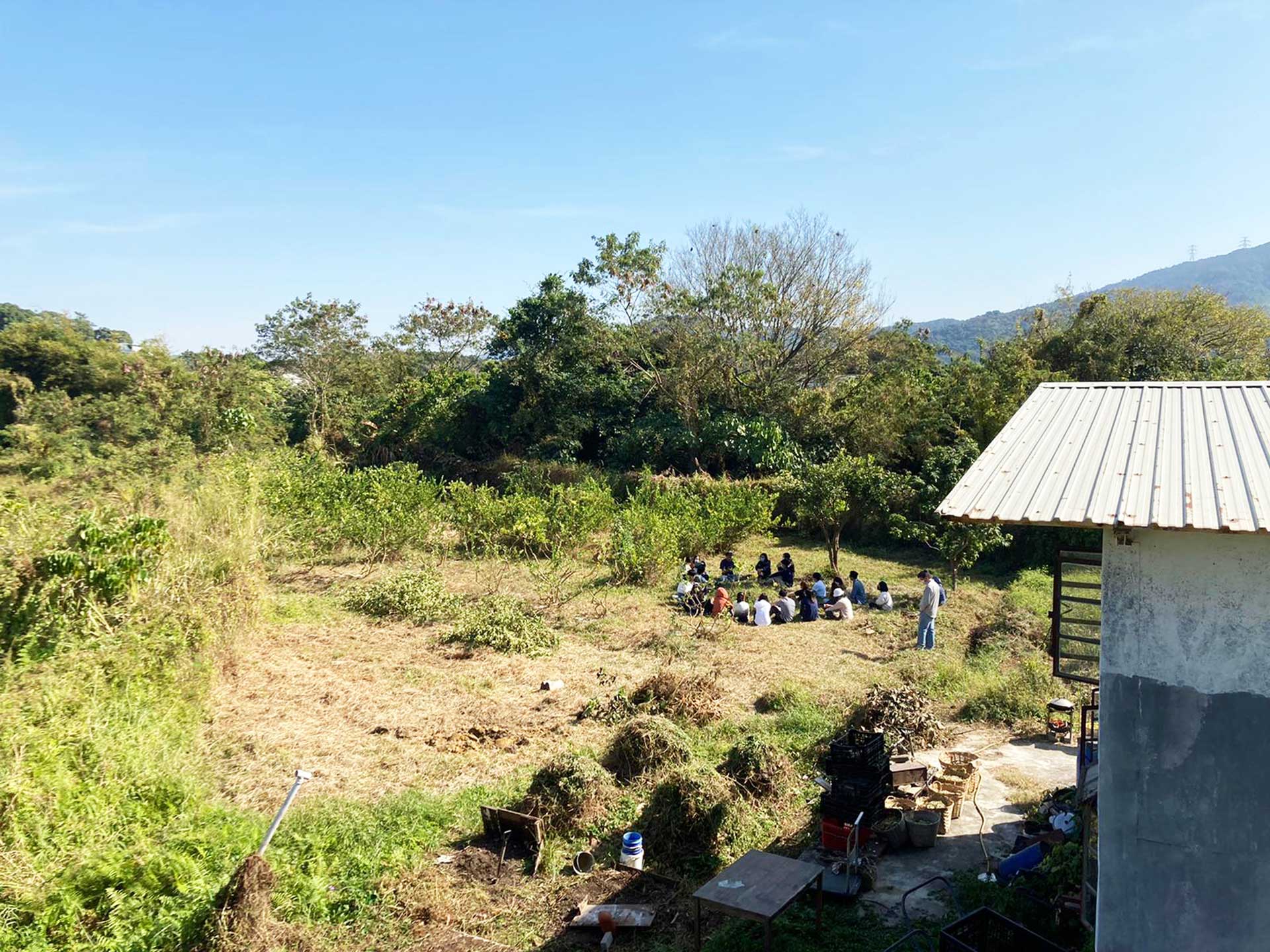 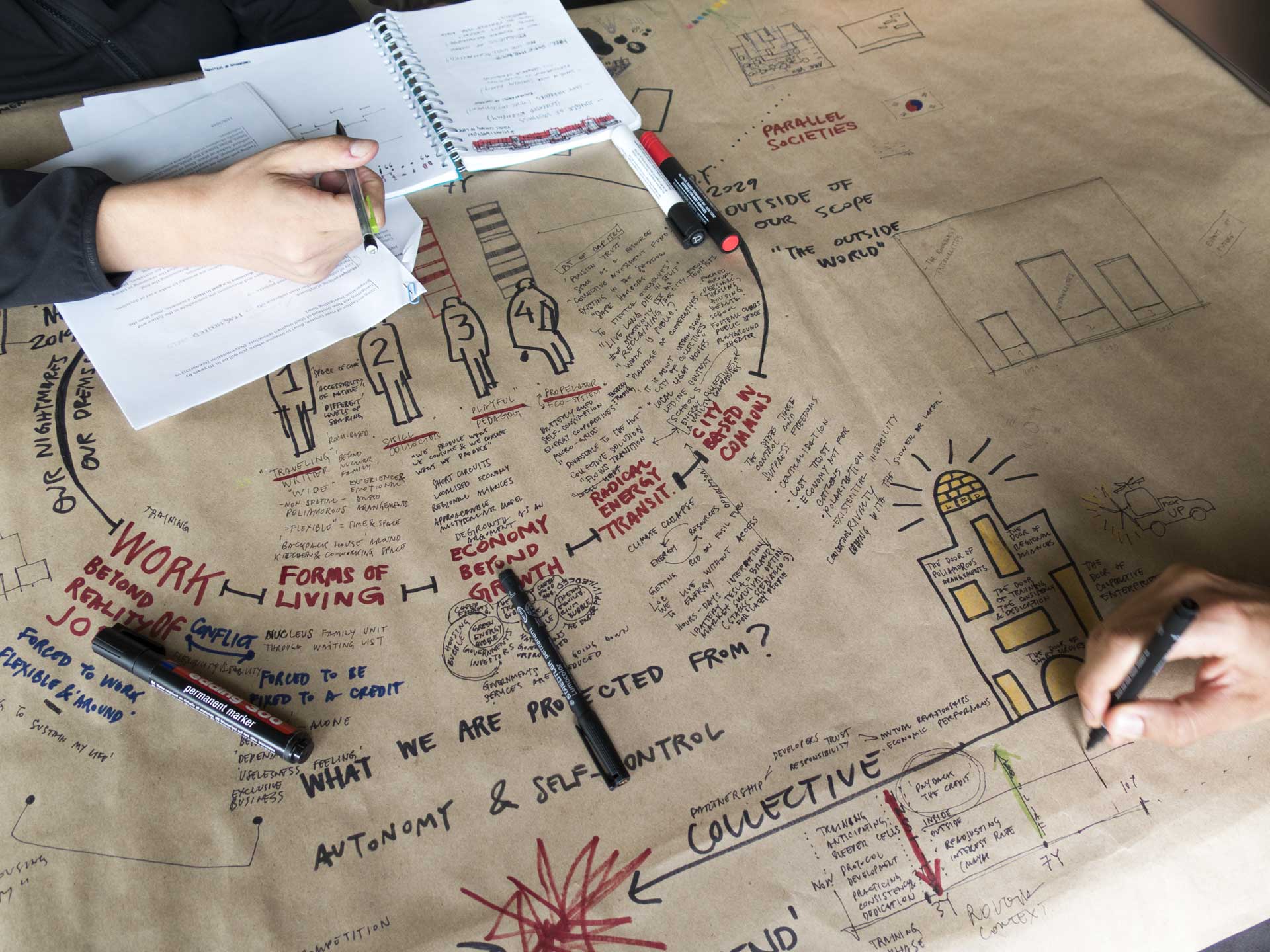 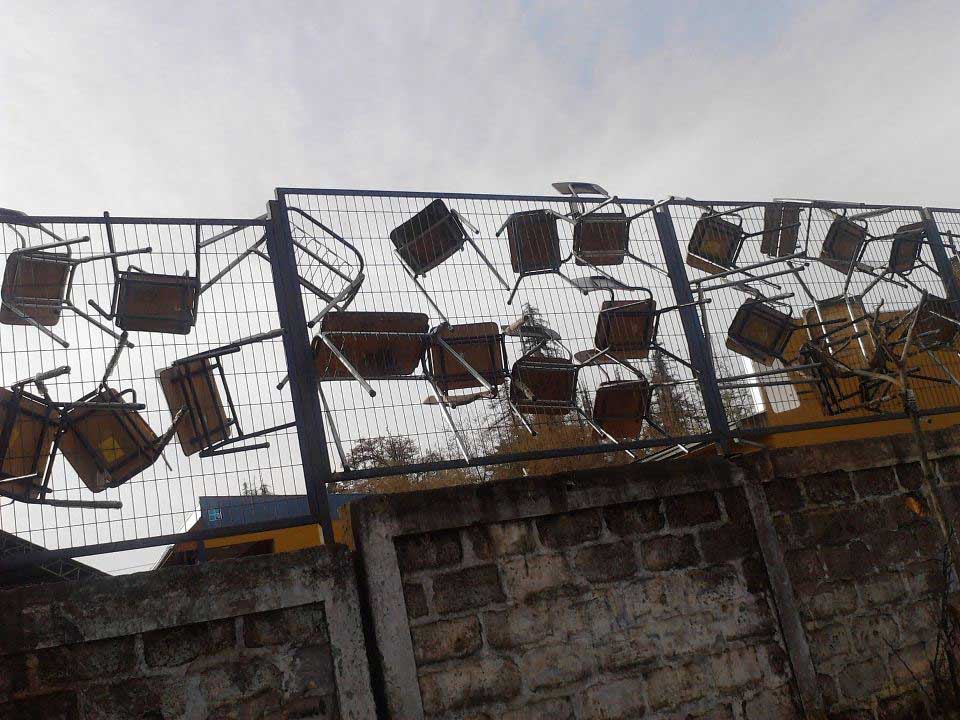 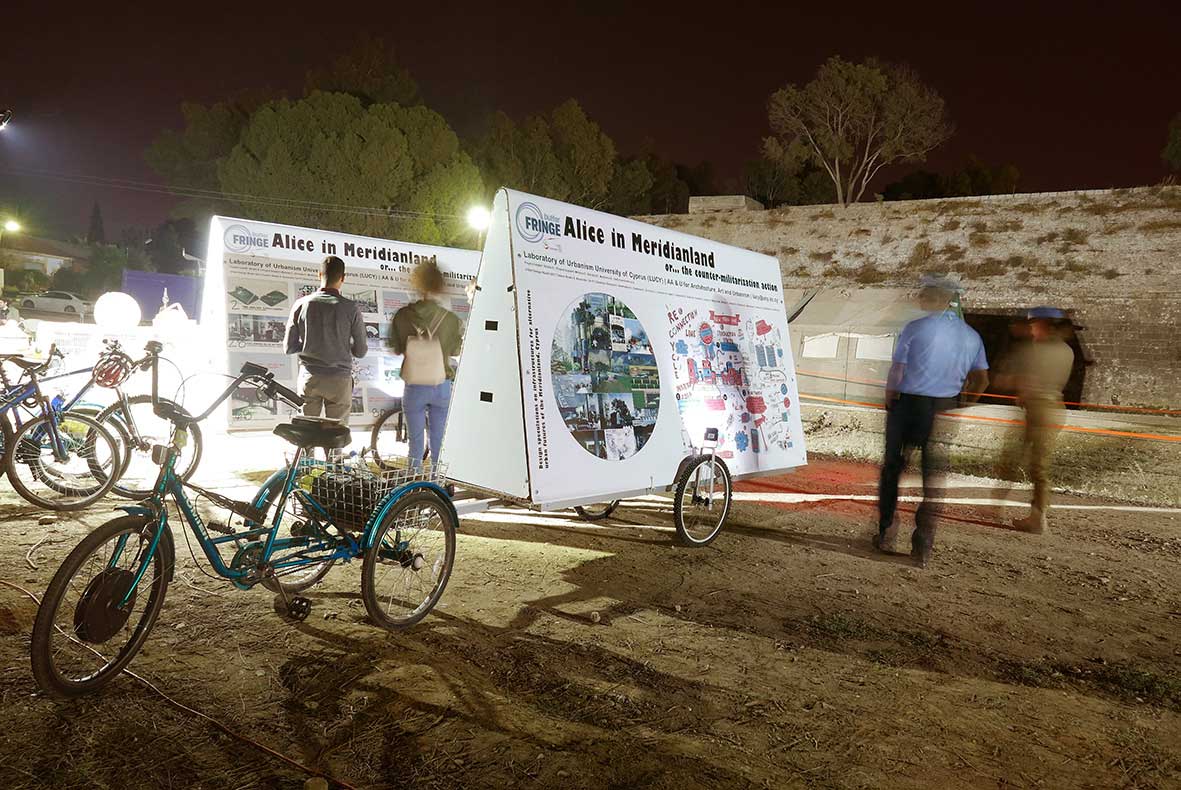 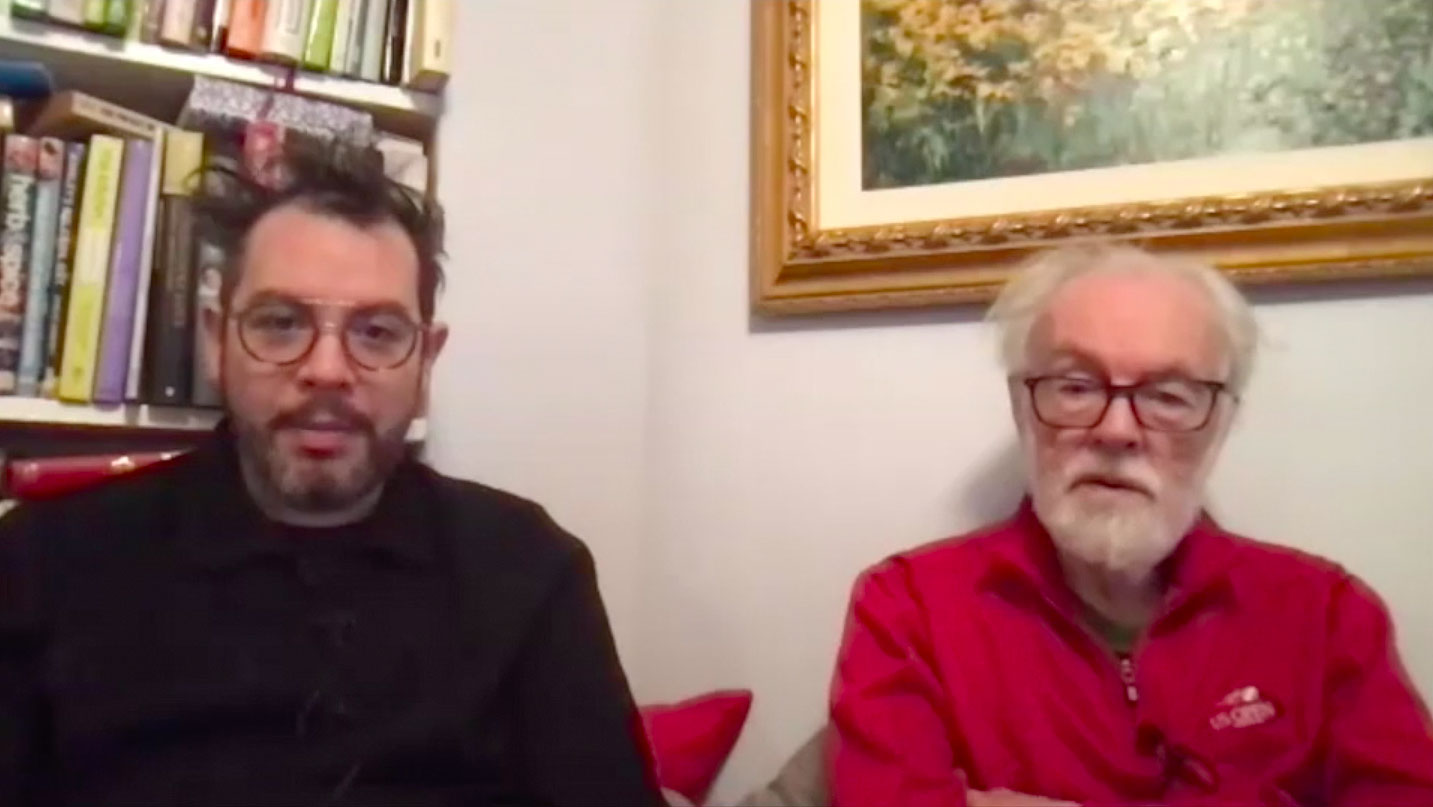