STATISTA was a participatory artistic project that explored and collaborated with the abandoned Haus der Statistik from May to December 2019. It aimed at testing whether working in the spirit of the Commons is an option today, even within the context of city development. 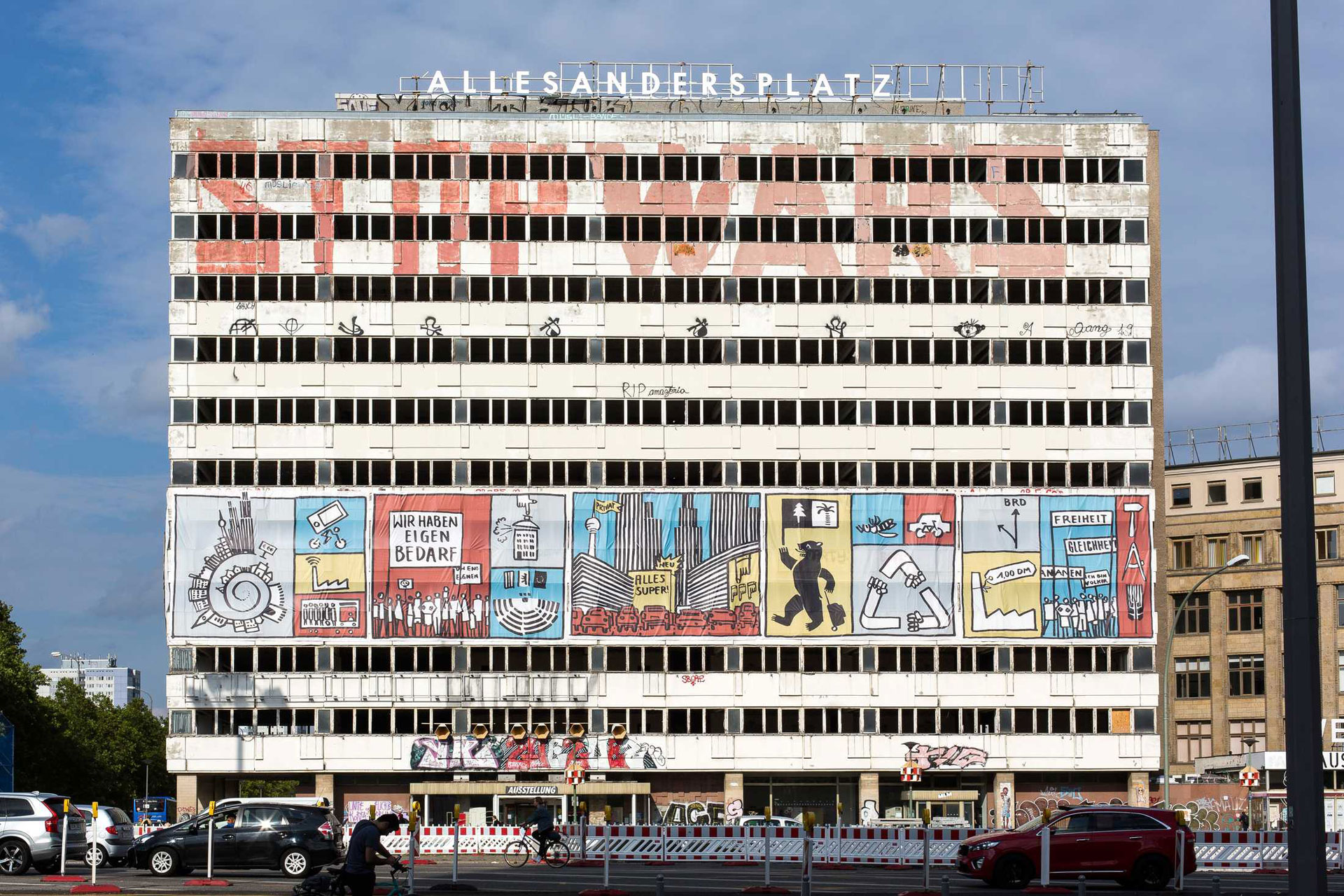 The German word “Statistik”, as well as it’s English counterpart “statistics”, originates from the latin word statisticum which also forms the basis for the Italian word statista, meaning “one who masters statecraft”. Today, statecraft may describe practical political capacity as well as state-commissioned art. Thinking of both as one is a challenge: Art that functions as a mirror for societal interests, but also as a process that takes active influence on managerial systems and value creation.

Artistic prototypes for a civil society built on collective principles

With the aid of ten distinct playing fields, STATISTA generated artistic prototypes for a civil society built on collective principles. The artistic processes resulted in a series of projects including neighbourhood initiatives, a cryptocurrency reflecting the wellbeing of bees, a facade design built for ecological inclusivity. During the STATISTA Presentation Week from September 11–16, 2019 these were presented to the public together with an international conference.

“Haus der Statistik, located in close vicinity to the famous Alexanderplatz, was built between 1968 and 1970 and functioned as the GDR’s central administration office of statistics. After the reunification of Germany it housed offices for the federal office of statistics and the official responsibles for Stasi-files. Now, the building has stood abandoned for over ten years.

In September 2015, the Alliance of Endangered Berlin Ateliers used a banner attached to the building’s facade to proclaim the use of the building as a centre for socio-cultural purposes. By now, this artistic campaign has become city politics, making the Haus der Statistik (HdS) a unique pilot project used by a wide array of actors who define a place for city development, paving the way for the future. Now, over 100.000 square-meters are available to be used for culture, social infrastructure, education, affordable living, a new town hall and administrative purposes in the heart of Berlin. 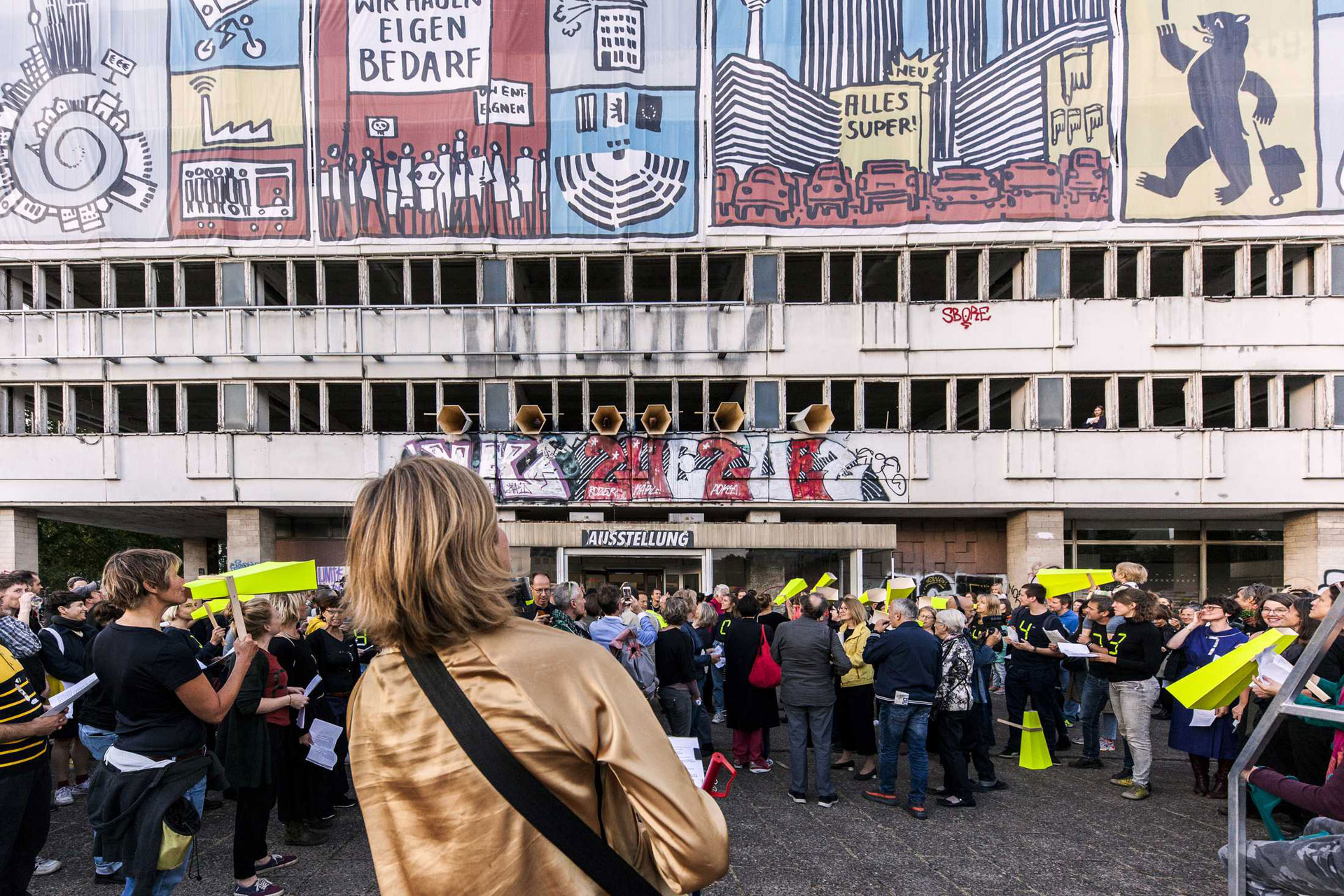 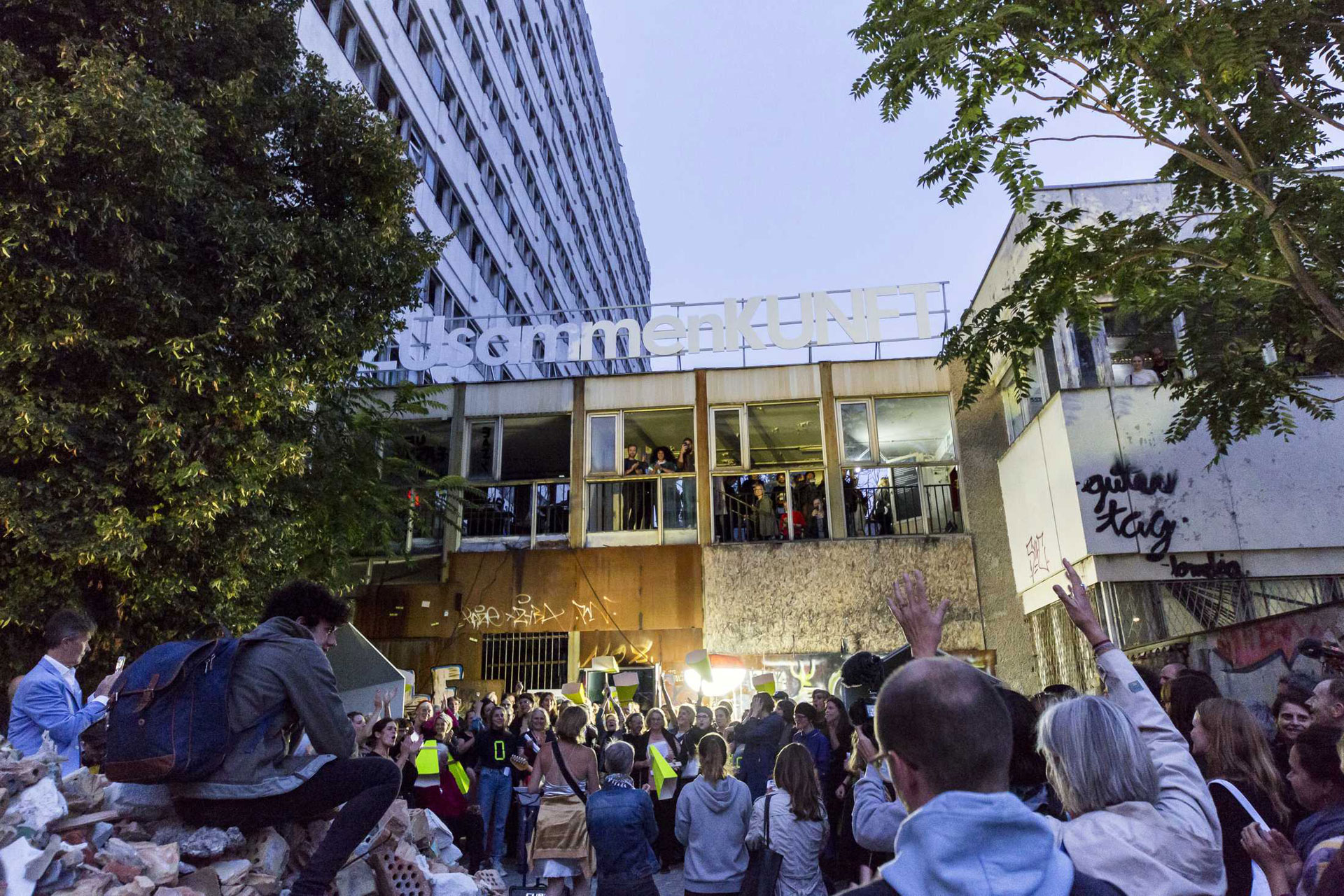 Sponsored by the Berlin Senate Administration for Culture and Europe, the artistic project STATISTA is to explore the abandoned HdS from May to December 2019, attempting to identify ways to collaborate within the space and thereby benefit the common good. What has started as a critical demand by the state has evolved to a public promotion of art. The pioneer’s spirit of 2015 emerges as the future statecraft, as a city-level political cooperation far off from the rivalry of the Creative City. Interim use, in this case, does not lead to gentrification but to the consolidation and improvement in everybody’s interest – and acts in the spirit of the statecraft of the future.” [1]

STATISTA is a collaboration between ZK/U – Centre for Art and Urbanistics and the KW Institute for Contemporary Art. It was sponsored by the Berlin Senate Administration for Culture and Europe.

This description is based on excerpts from sources listed below and with input from Tirdad Zolghadr and Philip Horst.