Radical Pedagogies is an ongoing multiyear collaborative research project that started in 2010 by Beatriz Colomina, at Princeton University. The project has developed through a multitude of media including symposia, lectures, essays, exhibitions, an online database of case studies and it is currently being edited as a book. 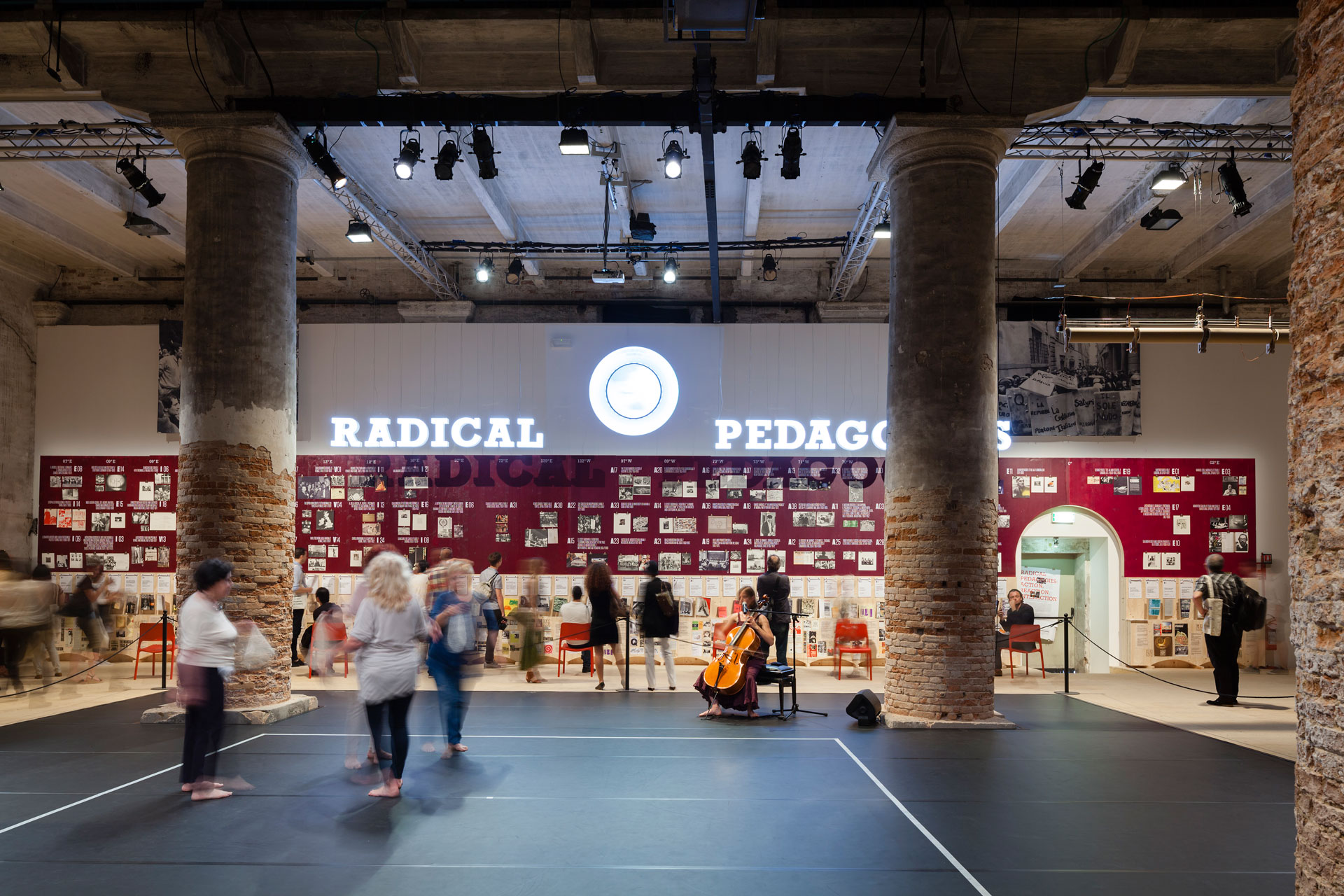 Radical Pedagogies has developed through a polemically collaborative multi-media strategy- including symposia, lectures, essays, exhibitions, and an online database of case studies—incorporating an ever expanding cohort of new voices of architects, scholars and educators around the world—culminating in the publication of a massive working manual in 2021 that collects more than 120 of these voices documenting different historical experiments in teaching-acting. The book, like the preceding decade of classes, events and exhibitions, is used as a platform to present, discuss and add to an atlas of these intense but short-lived experiments in architectural education that profoundly transformed the landscape, methods and politics of the discipline in the post-WWII years.

Radical Pedagogies was first exhibited at the 3rd Lisbon Architecture Triennale of 2013. (Sep 12—Dec 15, 2013) “Radical Pedagogies: A [Provisional] Cartography,” curated by Beatriz Colomina, Ignacio G. Galán, Evangelos Kotsioris, and Anna-Maria Meister, brought together a selection of 33 experiments. The atlas was expanded to 75 case studies and as a major installation at the exhibition in the Arsenale, at the 14th Venice Architecture Biennale of 2014, directed by Rem Koolhaas. This iteration of the project, with the subtitle “Action-Reaction-Interaction,” was curated by the same team with the addition of Britt Eversole, and Federica Vannucchi. In the 7th Warsaw Underconstruction Festival “Reconstructing Architectural Education,” curated by Beatriz Colomina and Evangelos Kotsioris, the case studies expanded yet again with special emphasis on case studies in East Europe in collaboration with experts there. Each version of the exhibition was designed by Princeton students (including Cristobal Amunategi, Dorit Aviv, and Ignacio G. Galán) as part of a polemical design-build-think-provoke philosophy meant to echo that of the radical pedagogies exhibited.

The project was based at the PhD program in Architectural history and theory at Princeton University but constructed a still expanding network of collaborating institutions and individuals across North and South America, Africa, Europe, and Asia. 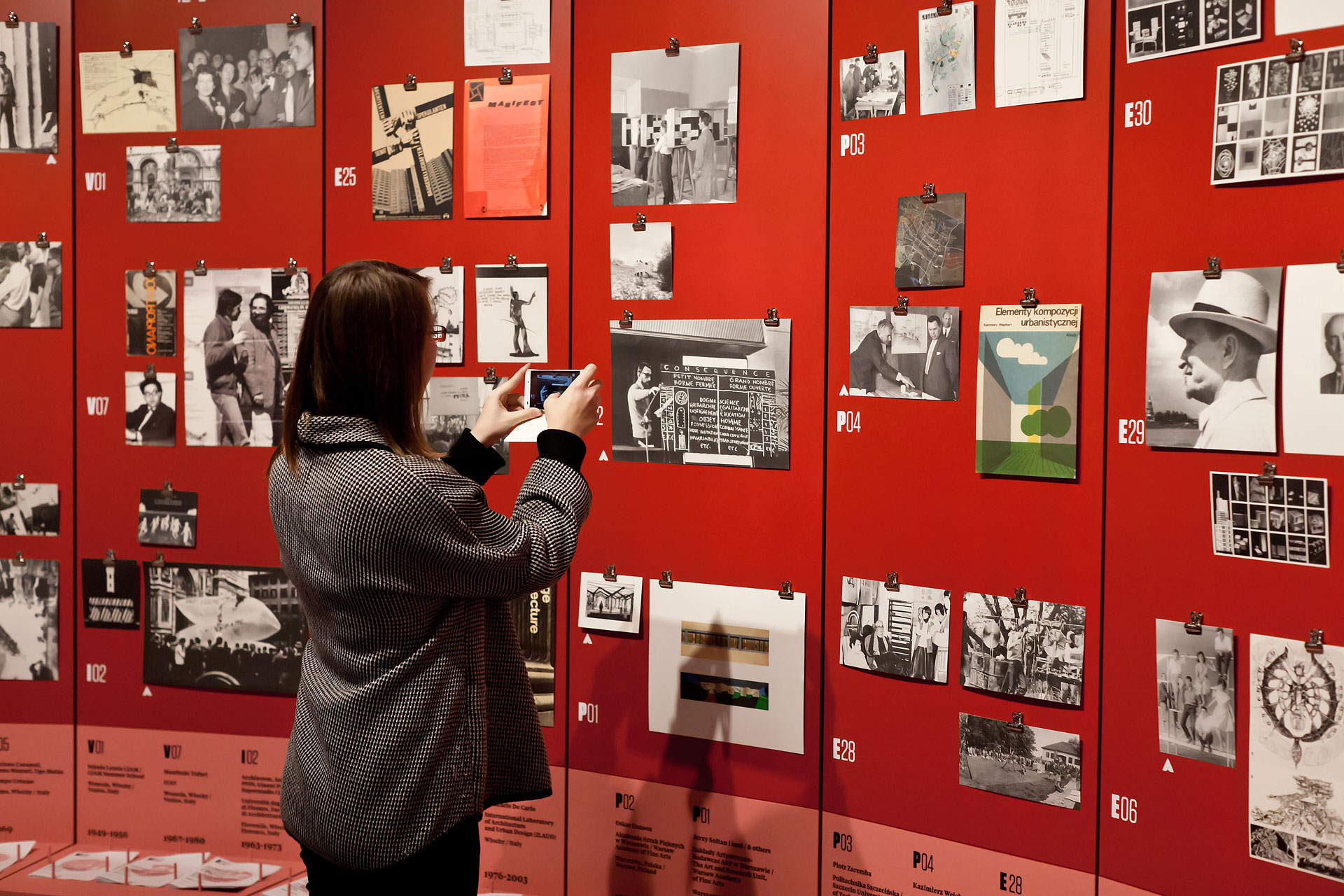 Radical Pedagogies has been a collaborative research project led by Beatriz Colomina with a team of Ph.D. students of the School of Architecture at Princeton University. It is currently being edited as a book from MIT Press by Beatriz Colomina, Ignacio G. Galán, Evangelos Kotsioris and Anna-Maria Meister. Throughout its different iterations, the project has been supported by the Barr Ferree Foundation Fund for Publications at Princeton University, Elise Jaffe and Jeffrey Brown, the Graham Foundation Fund to Individuals, and the Princeton School of Architecture, Princeton University’s Humanities Council, Department of Art and Archeology, Princeton Institute for International and Regional Studies (PIIRS), Department of French and Italian, Program in Latin American Studies (PLAS), Program in Media and Modernity (M+M), and Interdisciplinary Doctoral Program in the Humanities (IHUM).

The project was initiated by Beatriz Colomina, with Britt Eversole, Ignacio G. Galán, Evangelos Kotsioris, Anna-Maria Meister, Federica Vannucchi and other PhD Students of the School of Architecture at Princeton University and has since involved a still growing number of scholars, educators, and architects from around the world.

This description is based on excerpts from Resources listed below and with input from the Radical Pedagogies Team.