Grupo Contrafilé is a São Paulo-based collective of art-politics-education production focused on encounters with different people, groups and communities – from a critical and cartographic perspective. The main subject of their work is listening and performing affections and urgencies. 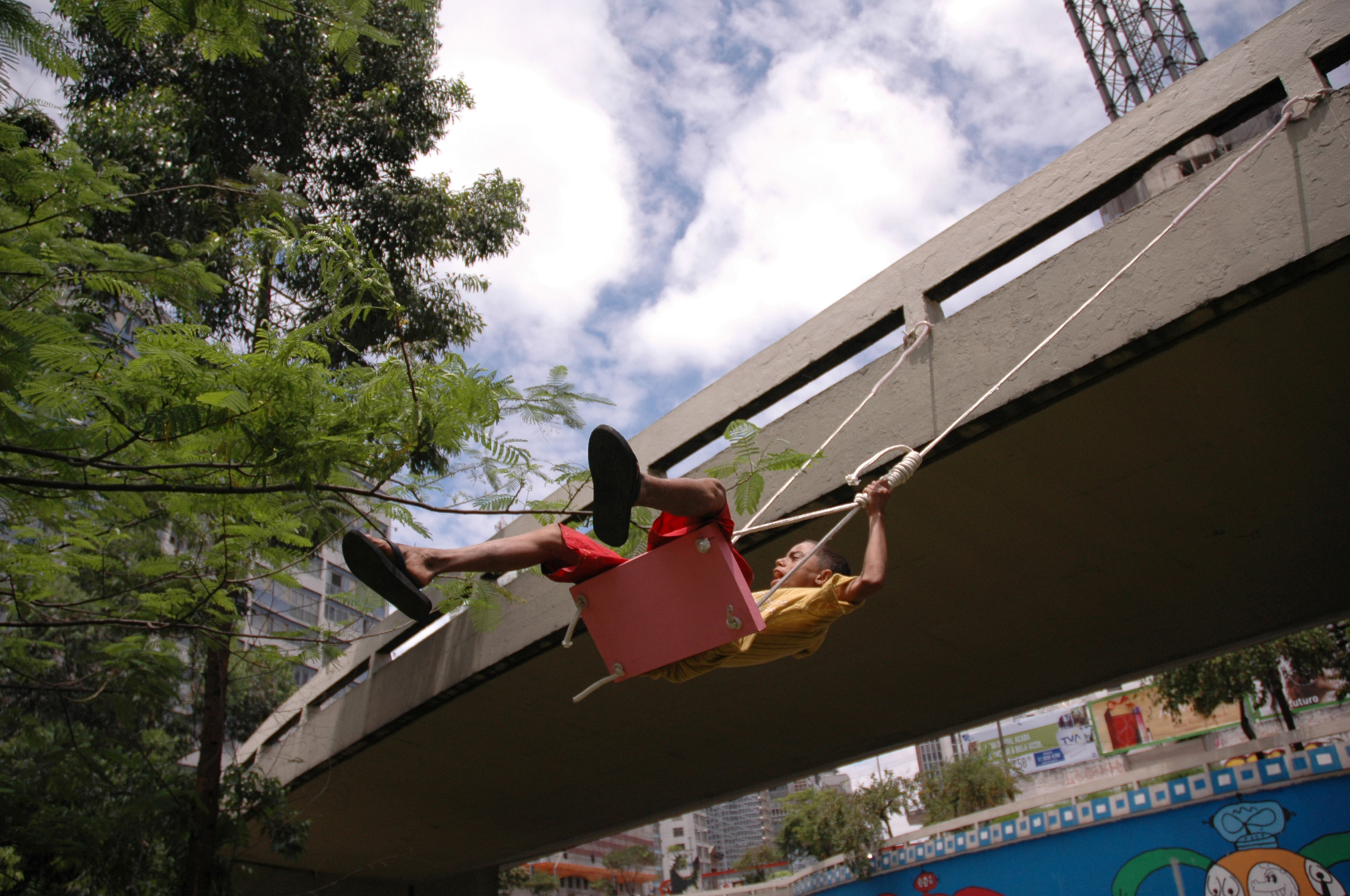 The history of Grupo Contrafilé (Contrafilé Group) has been continuously built on dialogue and in confrontation with the Brazilian context, rooted in colonial and slave-based logic. When they started making the journey to intervene in the city, that is, to physically put their bodies at risk, they realized that this was an effective way of taking over, as well as of deconstructing this history. This risk assumed by the body, which can be attributed to an awareness that makes one question privilege and initiates a process of self-questioning, cannot be dissociated from the desire to decolonize the body itself. For Contrafilé, conceiving dissident pedagogies, art and politics, have to do with creating spaces for self-education that challenge them to constantly pay attention to mechanisms of reproduction of colonial hatred – And that additionally challenge them to create micro and macro-political strategies that aim, day by day, from sunrise to sunset, to dismantle them.

Speaking and listening as art

Contrafilé has always been obsessed with what they now call “speaking and listening as art”, which, for them, in addition to being a practice, has become an image and a concept.

The image that has certainly always been a “zero image” for Contrafilé, which unfolds to this day in many others, is the image of collective doing, of the right to speak, to listen and to be heard. This produces something, an evidence that there is a thinking and active body, which effectively disputes the political space, the collective space and which is present when registering in the public dimension. As made possible from the reading of Don Mitchell’s thought, quoted by Harvey in The Freedom of the City: it is only possible to claim public space in public [1].

Contrafilé´s entire history of action and research is related to how to produce dissident collectivities in relation to the colonial process still underway, and how to produce evidence of these collectivities. Like the very image of the impasse, of the crossroads which exus teach us: social, public life, the collective project is not a given, but is being disputed. The appearance, then, of certain practices within the scope of the collective imagination, often comes to establish precisely the proof – or the counterproof – of these existences.

“The difficulty we have, as a society, to understand how to produce this dimension of collectivity, due to the diverse historical processes that mark our country – slavery, indigenous genocide, dictatorships, colonialism, inequalities, racism … – reveals the importance of “how to?”, as raw material that reveals processes of self- and collective learning that can only be captured in the actual process of doing.”

“Speaking and listening as art” has to do with the need, the battle of permanent deconstruction of the understanding of everything – history, the city, humanity, the future – as “given”. Identifying openings for acting in the world as a game-space, and being able to understand that there is no “one world” but many current and possible worlds. Nothing is “given”, everything is at stake and everything is in dispute.

Contrafilé Group has existed since 2000 in Sao Paulo, in connection with different regions, groups and collectives in Brazil and the world.

2000 to 2012 it was still possible to activate public resources in Brazil, and even to influence public policies of culture during the Lula government, in which Gilberto Gil was the Minister of culture. Currently, Museums, cultural institutions of different natures and educational institutions, are Contrafilé´s biggest supporters, so that they can carry out different desires and projects.

This description is based on input from Joana Zatz Mussi and Cibele Lucena.