Eco-Nomadic School has been a network of locally-based projects from across Europe, visiting each other to learn, teach, share and discover the knowledge held in their communities. This network has involved projects, practices, participants and ordinary people from six countries, nine regions, four cities, two towns and six villages. 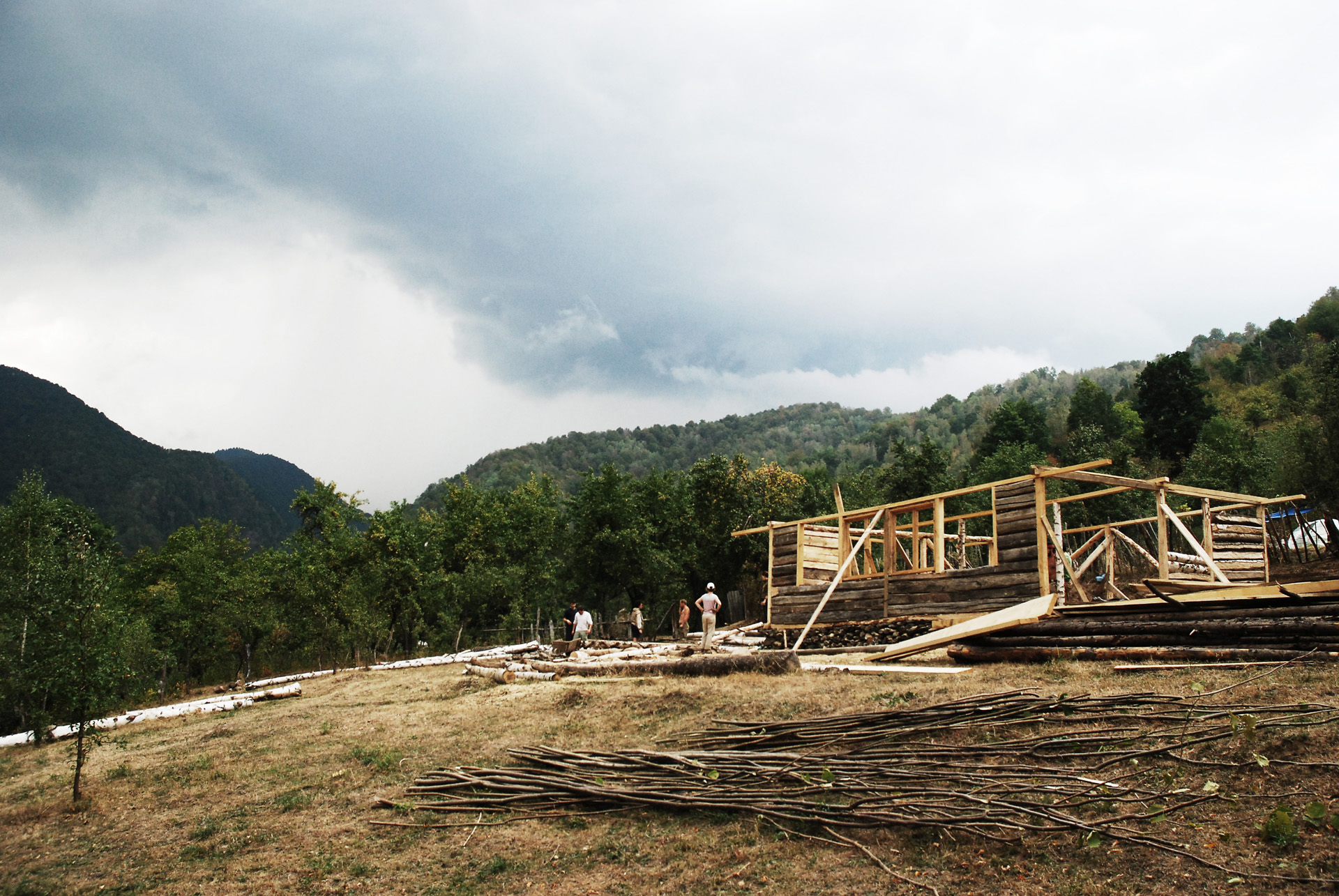 “The Eco Nomadic School emerged from a collective motivation of a number of people across Europe, and quickly gained political dimension based on the conviction that pedagogy and education do not exist solely in schools and in institutions, but also within the civic realm: in activist activities; through political struggles; through economic undertakings; and ultimately, in everyday life.”

The Eco Nomadic School was a series of nomadic classrooms organised with partners who work on specific local projects in their area, to share and develop knowledge, skills and thinking across a wider European network of organisations and practitioners.

The school reflects the projects that comprise it. It’s informal, self-organised, de-centralised and geographically dispersed; non-hierarchical, peer-led and multilingual. Crucially, the roles of learner and teacher are interchangeable. The same applies to the roles of specialists and amateurs, locals and incomers, doers and speakers, researchers and makers. One of the strongest aspects of the school is its trans-local focus: the fact that people involved in local projects travel to see others, learn from others, and inform or influence others. 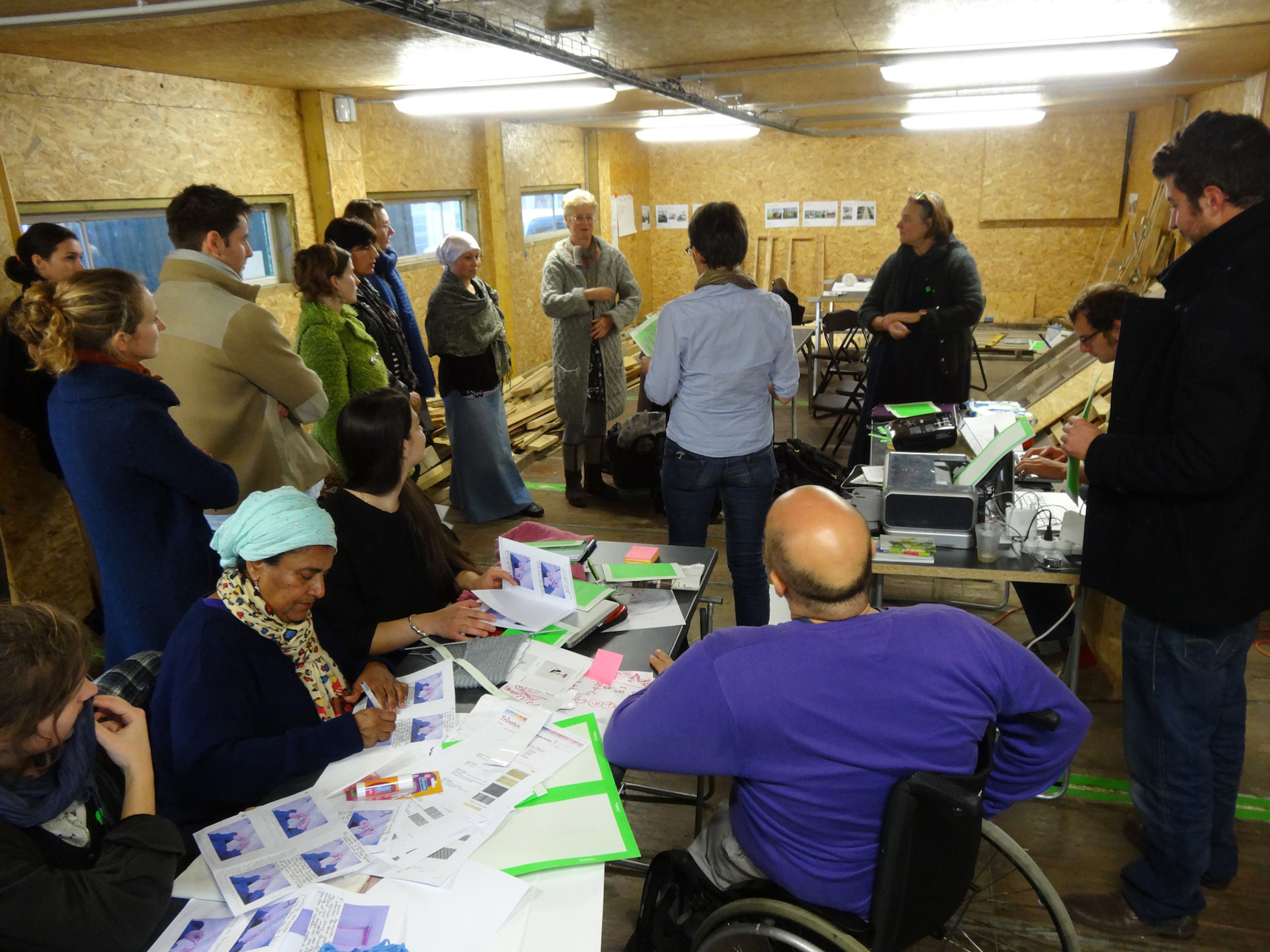 Together with Tom James, co-founders Kathrin Böhm and Doina Petrescu have edited the documentary book Learn to Act (2016), with the title being a clear proclamation towards a form of learning which is both an act of commoning and a moment in which knowledge becomes relative, collective and applied. Learn to Act is about the near future, how to act, and how to support each other.

The Eco-Nomadic School grew out of two pan-European collaborative research projects: PEPRAV (European Platform for Alternative Practice and Research in the City) in 2006/2007, and Rhyzom, from 2008-2010. Since 2011, the Eco-nomadic School developed through other EU funded programmes such as Gruntvig (2011-13) and Erasmus (2015-17). The experience of taking field trips to study and meet other local projects across Europe led to a bigger idea: to use the budding network as a place for mutual learning – a school – where the curriculum is organised around the topics, needs and ambitions of local projects.

The platform has a digital presence: Rhyzom.eu

The project is based on a partnership between 4 organisations: atelier d’architecture autogérée in Paris; Myvillages, based in Rotterdam; FCDL & APTNV in Brezoi Romania, University of Sheffield (UK), Foundation Galerie für Zeitgenössische Kunst (GfZK) Leipzig (Ge) and Brave New Alps (IT), all active in the dissemination of ecological skills and knowledge. The project also received support from the EU network RHYZOM. The Eco Nomadic School has been financed through a series of EU funded Strategic Learning Partnerships, with the administration and coordination being organised in turns by the different partners involved.

The project was initiated by atelier d’architecture autogérée, a participatory architecture platform in Paris led by Constantin Petcou and Doina Petrescu. In its last phase, the Eco-Nomadic School has been co-led by Kathrin Böhm, artist and founding member of the London based art and architecture collective Public Works, and the pan-European artist initiative Myvillages whose work is collaborative and towards an expansive and collectively produced public realm.

Many groups have been involved in running the school, including atelier d’architecture autogérée in Paris; Myvillages, based in Rotterdam; FCDL and APTNV in Romania; Brave New Alps in Northern Italy; the Museum of Contemporary Art in Leipzig; the Peasant Museum in Bamberg; and the University of Sheffield’s School of Architecture, in the UK.

This description is based on excerpts from sources listed below and with input from Doina Petrescu.

By Design or By Disaster website, featuring Doina Petrescu and Kathrin Böhm: designdisaster.unibz.it/people/kathrin-bohm