Campus in Camps was founded as an experimental educational program and pedagogical platform bringing together theory, action and critical learning in the context of Palestinian refugee camps. 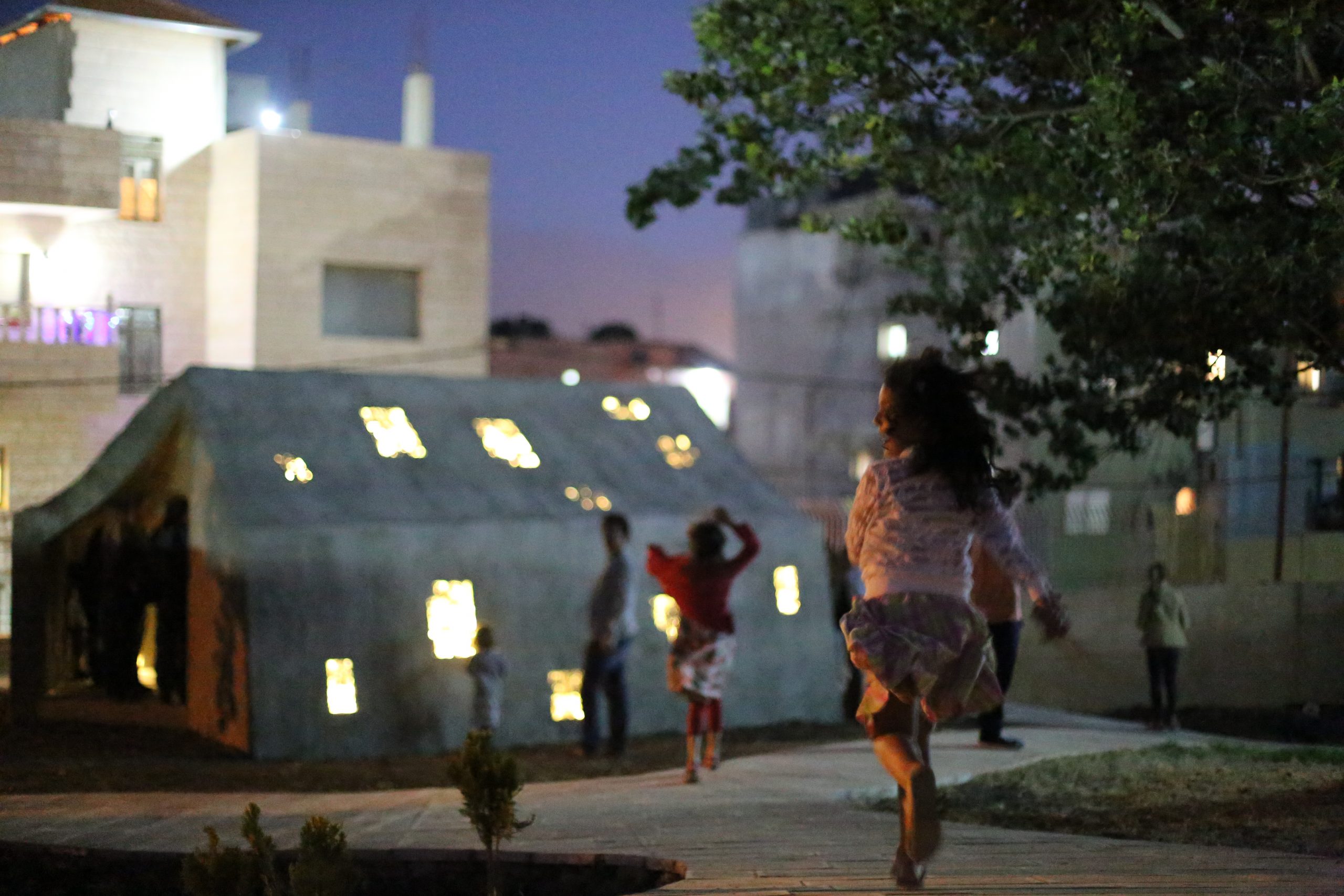 It began as a space for communal learning and production of knowledge grounded in lived experience and connected to communities. Campus in Camps now exists within four Palestinian refugee camps on the West Bank, through self-organised courses by participants and in collaboration with local and international universities.

In an effort to intervene in such unstable and socially and politically charged urbanity of exile, the project was founded as a means to address the numerous needed spatial and social interventions in the Palestinian refugee camps and to function for communities to explore and produce new forms of representation of camps and refugees beyond the static and traditional symbols of passivity and poverty. 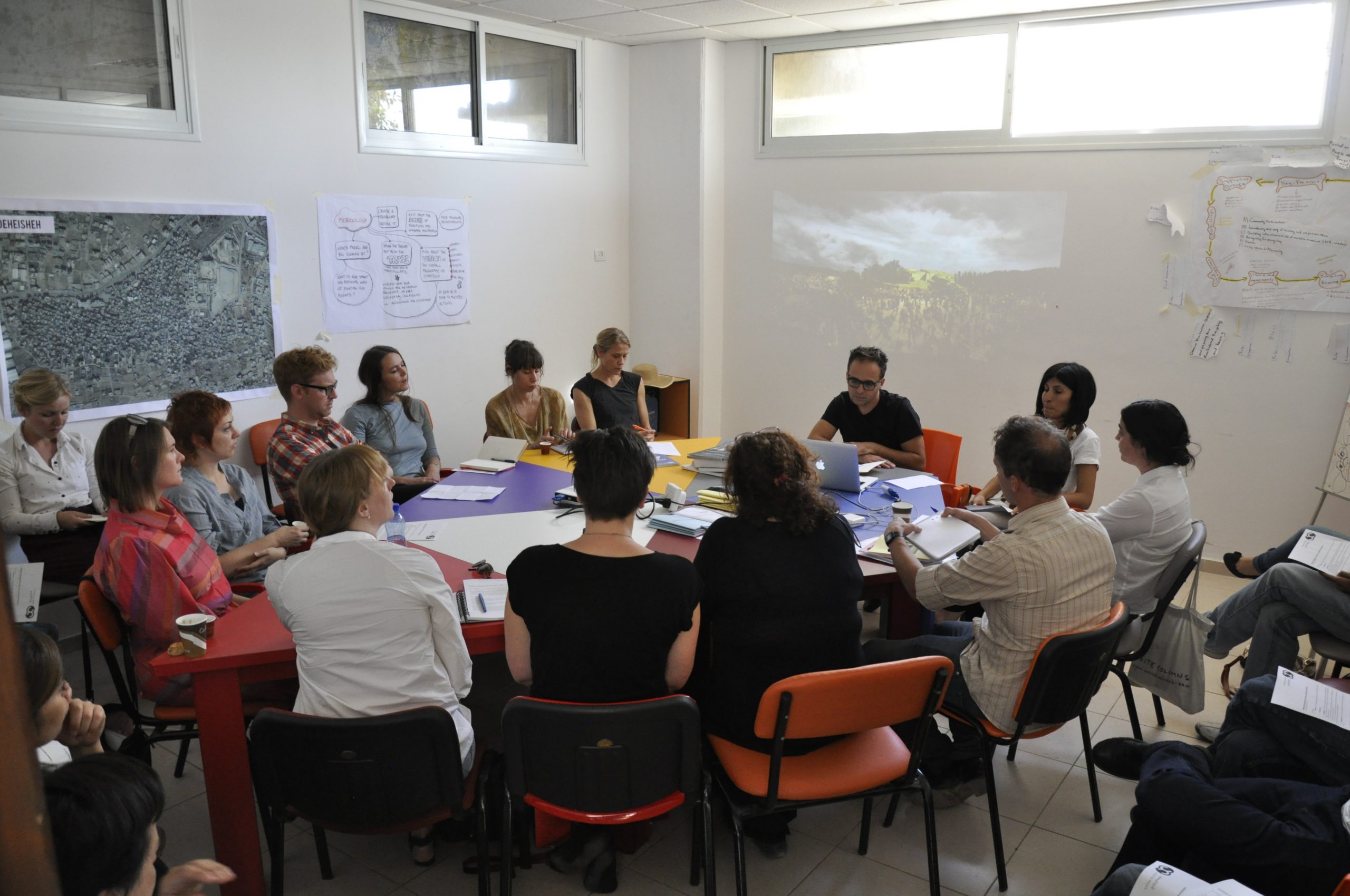 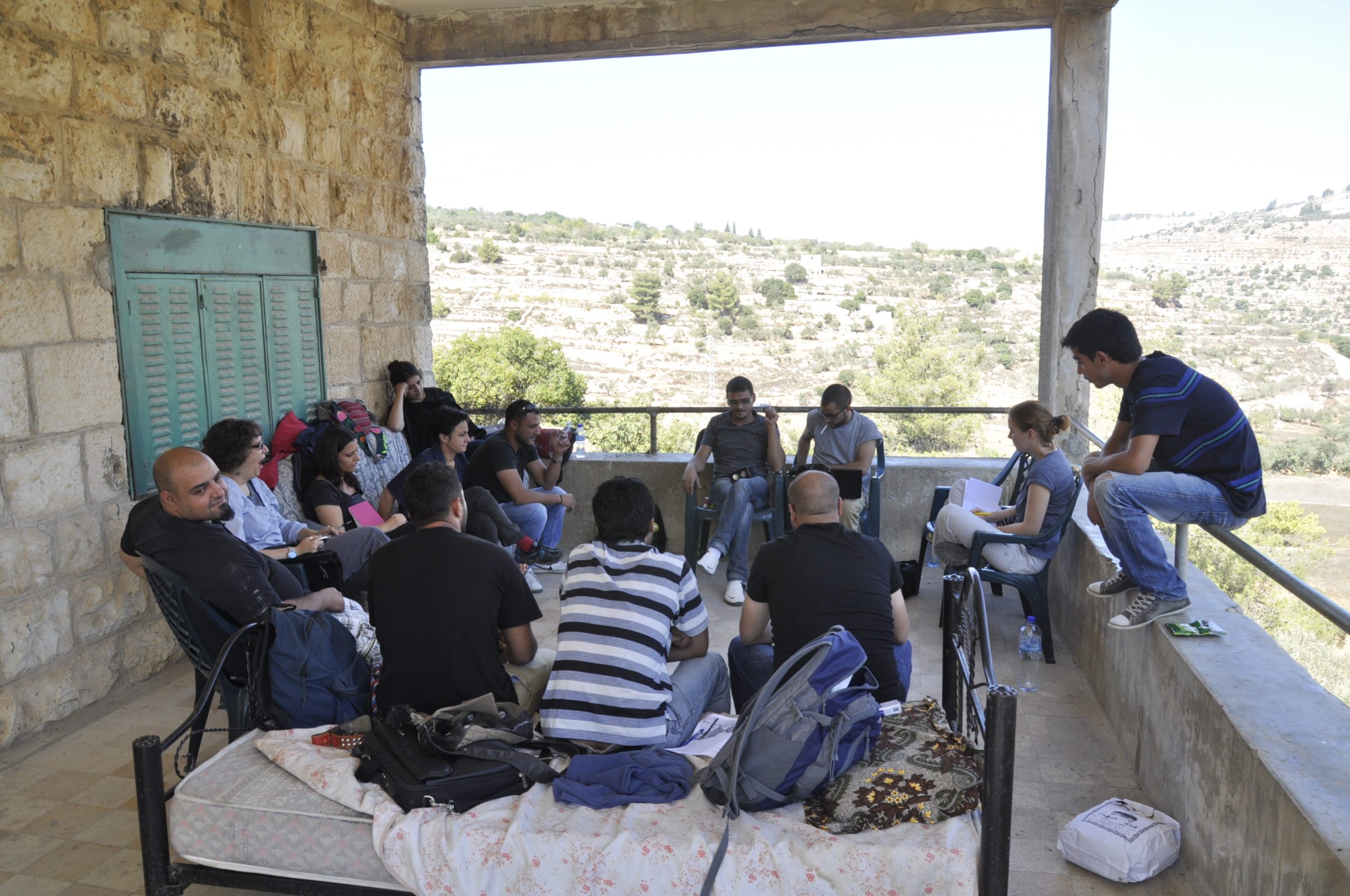 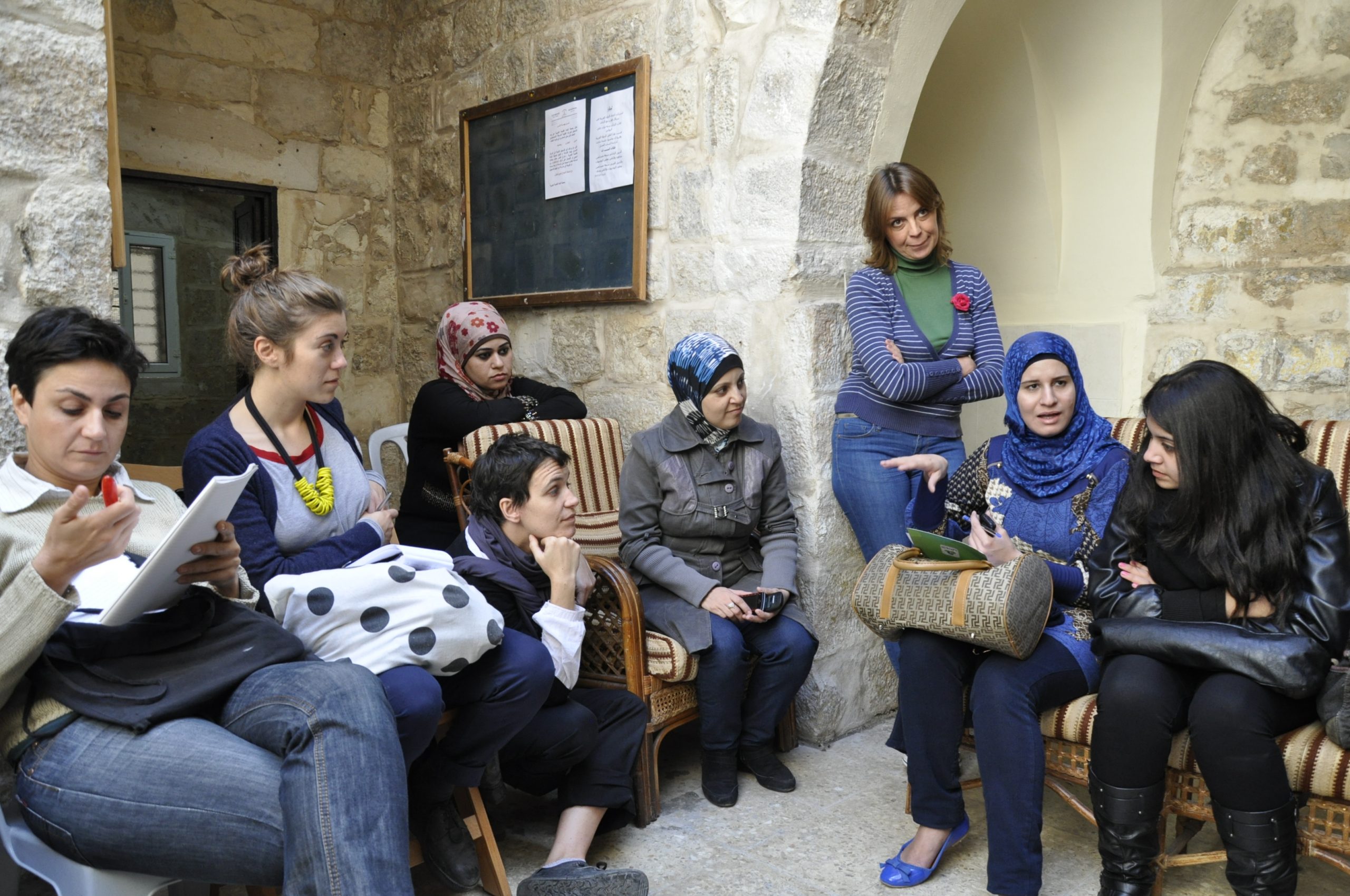 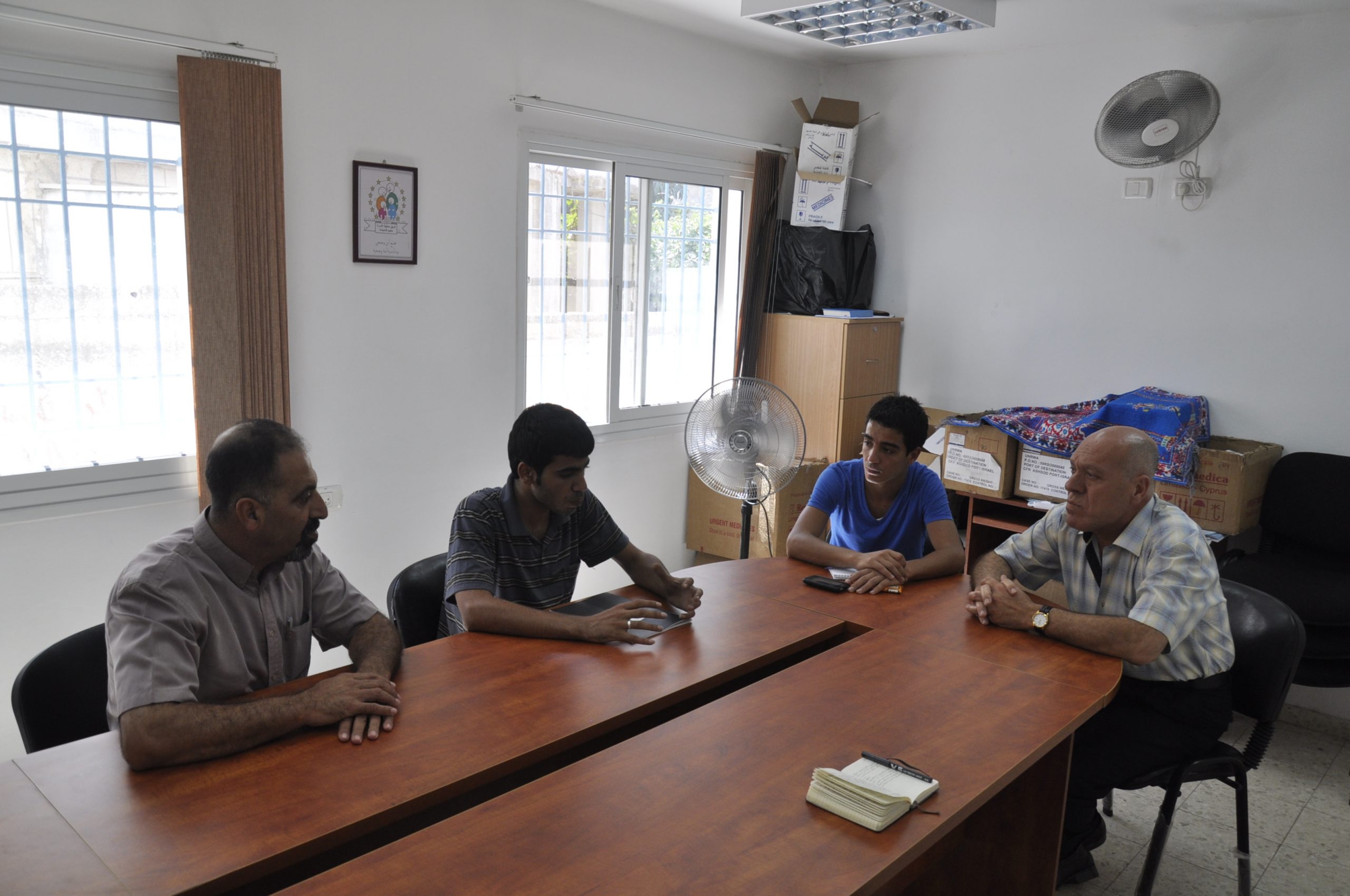 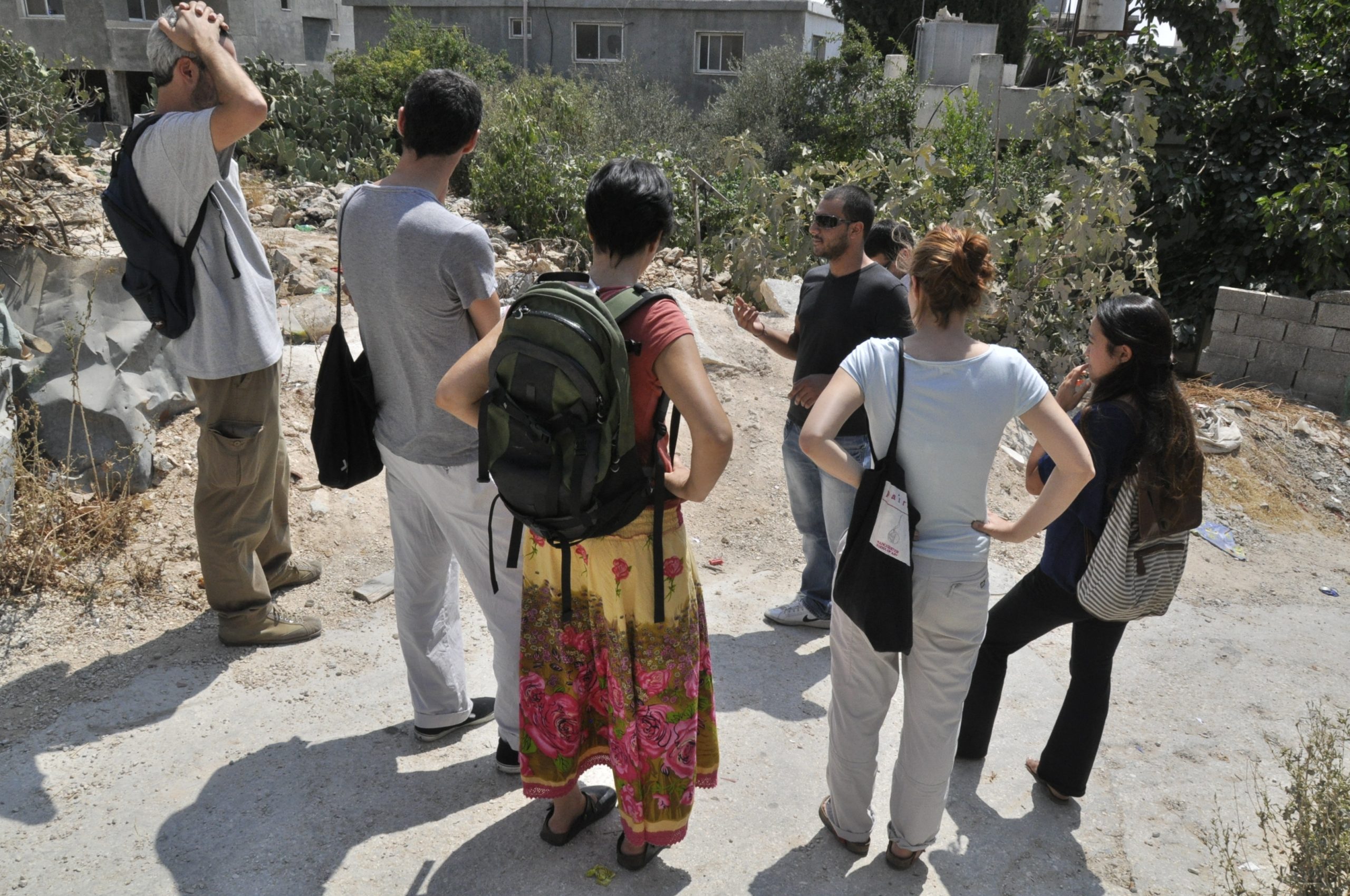 Campus in Camps started in January 2012, engaging young participants in a two-year program dealing with new forms of visual and cultural representations of refugee camps after more than sixty years of displacement. The group of participants in the program was created in a long process of three months of interviews, consultations with the community and public announcements in newspapers and mosques. The first year of Campus in Camps was mostly focused on establishing a common language and a common approach among the participants. This was achieved through education cycles, seminars, lectures with local and international guests, and the publication of a Collective Dictionary. Over a dozen seminars and lectures were held which gave the participants exposure to experts in a variety of fields. These areas of interest included citizenship, refugee studies, humanitarianism, gender, mapping, and research methodologies. Many of these events were open to the public and were the mechanism to connect with members of the camp community as well as university students. The first year culminated in an open public presentation of two days in which more that one hundred people from the local community participated.

During the second year, more emphasis was being placed on the kind of knowledge that emerges from actions. Gatherings, walks, events and urban actions were meant to engage more directly with the camp condition. The initiatives bear the names of this urbanity of exile: the garden, the pathways, the municipality, the suburb, the pool, the stadium, the square, the unbuilt and the bridge. The very existence of these common places within refugee camps suggests new spatial and social formations beyond the idea of the camp as a site of marginalization, poverty and political subjugation. 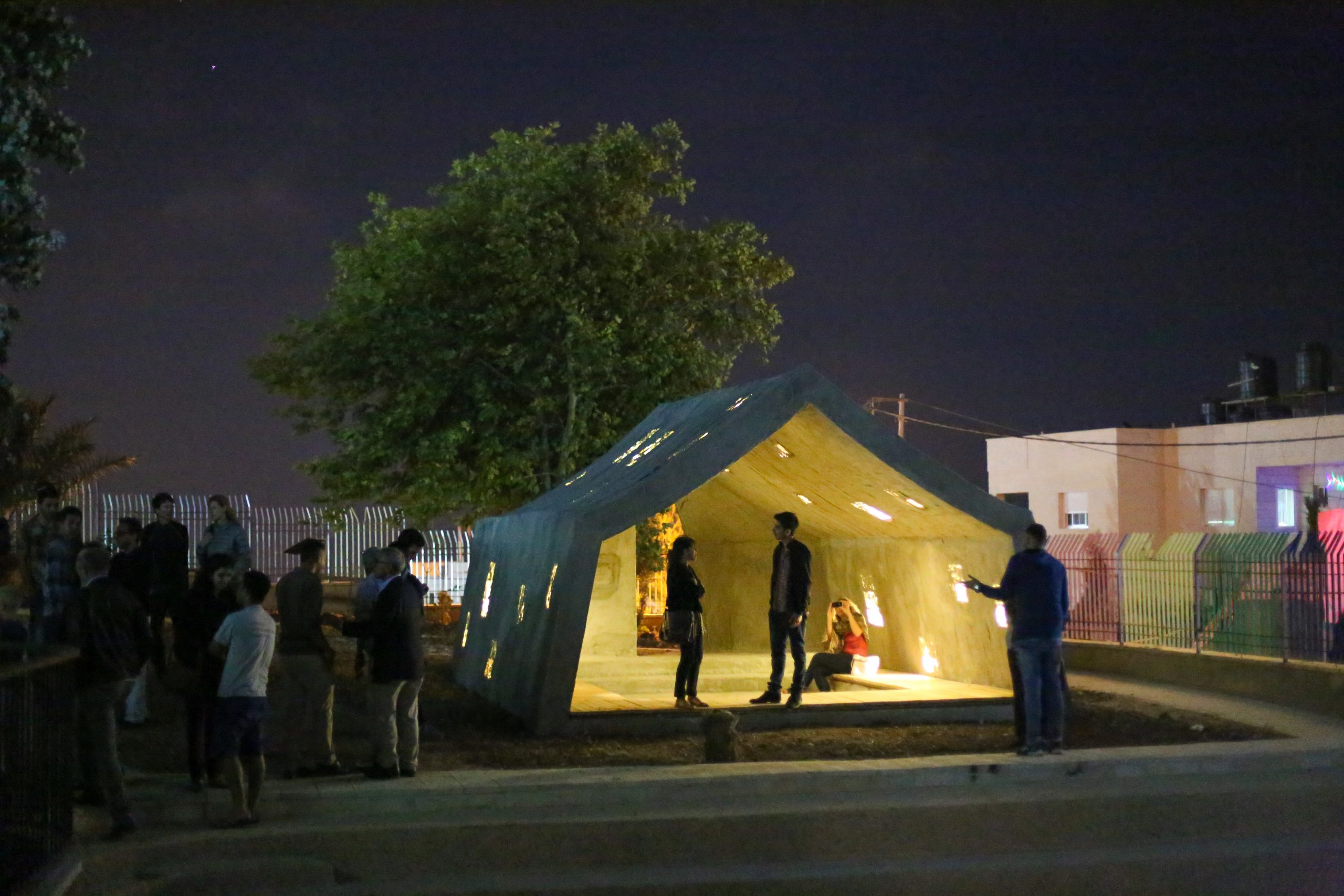 The project was founded in 2012 and based in Dheisheh refugee camp, Bethlehem. The project originated in an ongoing dialogue between the UNRWA Camp Improvement Program and the Refugee Camp Communities of Southern West Bank. It was finally created as an experimental educational program with Al Quds University (Al Quds/Bard Partnership) and hosted by the Phoenix Center in Dheisheh Refugee Camp in Bethlehem and with the support of the Popular Committees of Southern West Bank refugee camps.

Campus in Camps was organised within Al Quds University (Al Quds/Bard Partnership) and hosted by the Phoenix Center in Dheisheh Refugee Camp in Bethlehem. It was developed and pursued together with course participants, local community groups and a number of local and international guests. The project was implemented with the support of the GIZ Regional Social and Cultural Fund for Palestinian Refugees and Gaza Population on behalf of the German Federal Ministry for Economic Cooperation and Development (BMZ), in cooperation with UNRWA (The United Nations Relief and Works Agency for Palestine Refugees in the Near East) Camp Improvement Program.

This description is based on excerpts from campusincamps.ps and through input from founders Sandi Hilal and Alessandro Petti.

Read more about the project, participants and involved professionals on: campusincamps.ps/about/