Ashkal Alwan, The Lebanese Association for Plastic Arts is a non-profit organization based in Beirut. Since its founding in 1993, Ashkal Alwan has dedicated itself to promoting contemporary artistic practice, fostering critical thinking around social realities, and engaging in community-based projects. 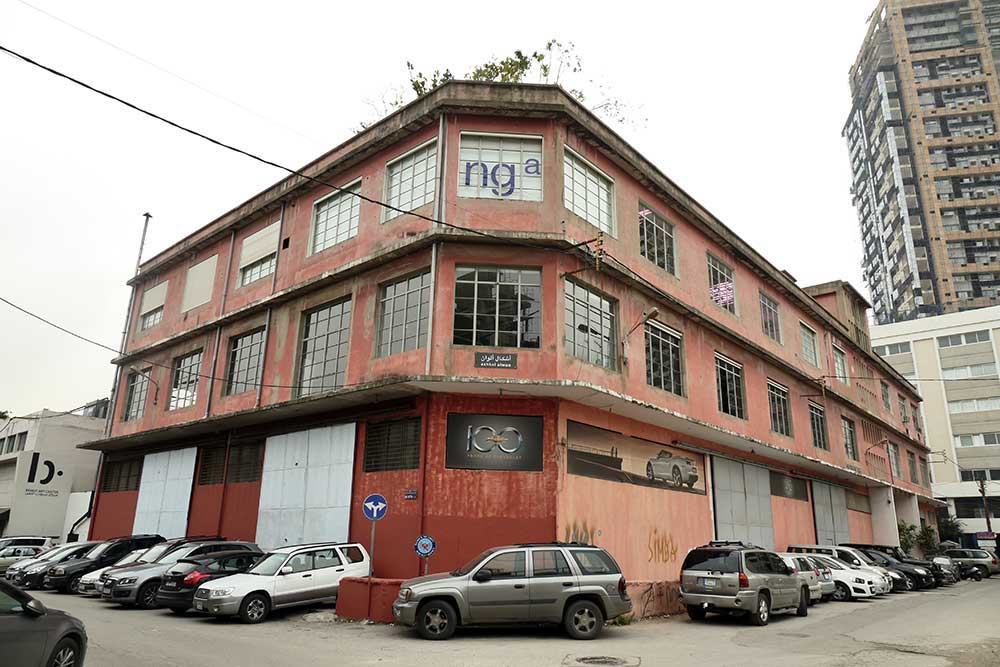 Founded in Rotterdam following the global financial crash in 2008, Cohabitation Strategies was formed as a non-profit cooperative for socio-spatial development with the specific focus of challenging the traditional disciplinary divisions and social inequities involved in the production of neoliberal urbanization. Cohabitation Strategies has conducted long-term experimental work in Europe, North America and South America, spanning numerous topics such as housing, cultural production, territorial development, economics, policy and community advocacy. CohStra commonly works with governments of municipalities, provinces, and regions as well as non-profit, cultural, neighborhood and community organizations that wish to generate socially just and environmentally responsible urban projects to promote “right to the city.”

The organization aims to create networks of exchange between practitioners and institutions, archive cultural endeavours, provide artists support and resources for the development of their work, rethink arts education and interdisciplinary modes of knowledge production, and support civic initiatives.

Ashkal Alwan’s public programs include Home Works, a multidisciplinary forum on cultural practices taking place every two to three years; Home Workspace Program, an annual arts study program; aashra, an audiovisual streaming platform; Perpetual Postponement, a publicly-accessible, ​​bilingual online publishing platform; the publication of literary works and artist books; and a residency program for artists and cultural practitioners. Its facilities are accessible to the public, and include a common workspace, auditorium, artist studios, editing-suite, a library, and an extensive audio-visual archive.

The Home Workspace Program (HWP) is a free arts study program that invites fellows to develop their formal, technical, and theoretical skills, and provides them with resources and feedback.

The program was initially developed to explore interdisciplinary, critical models of art education in Lebanon and beyond where education is mostly privatized. Moreover, it aims to include a wide range of professors, all the while addressing regional geopolitical particularities. 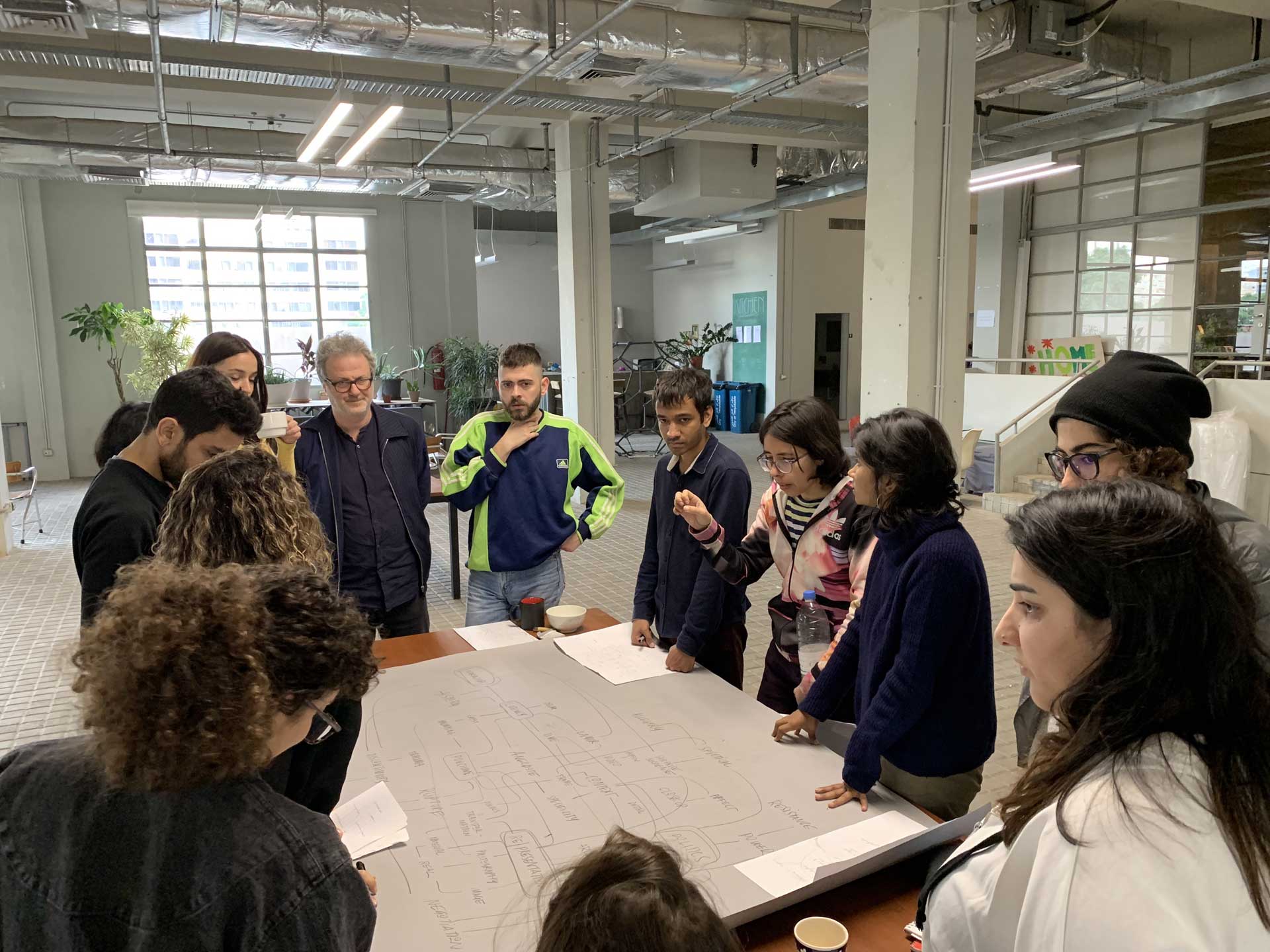 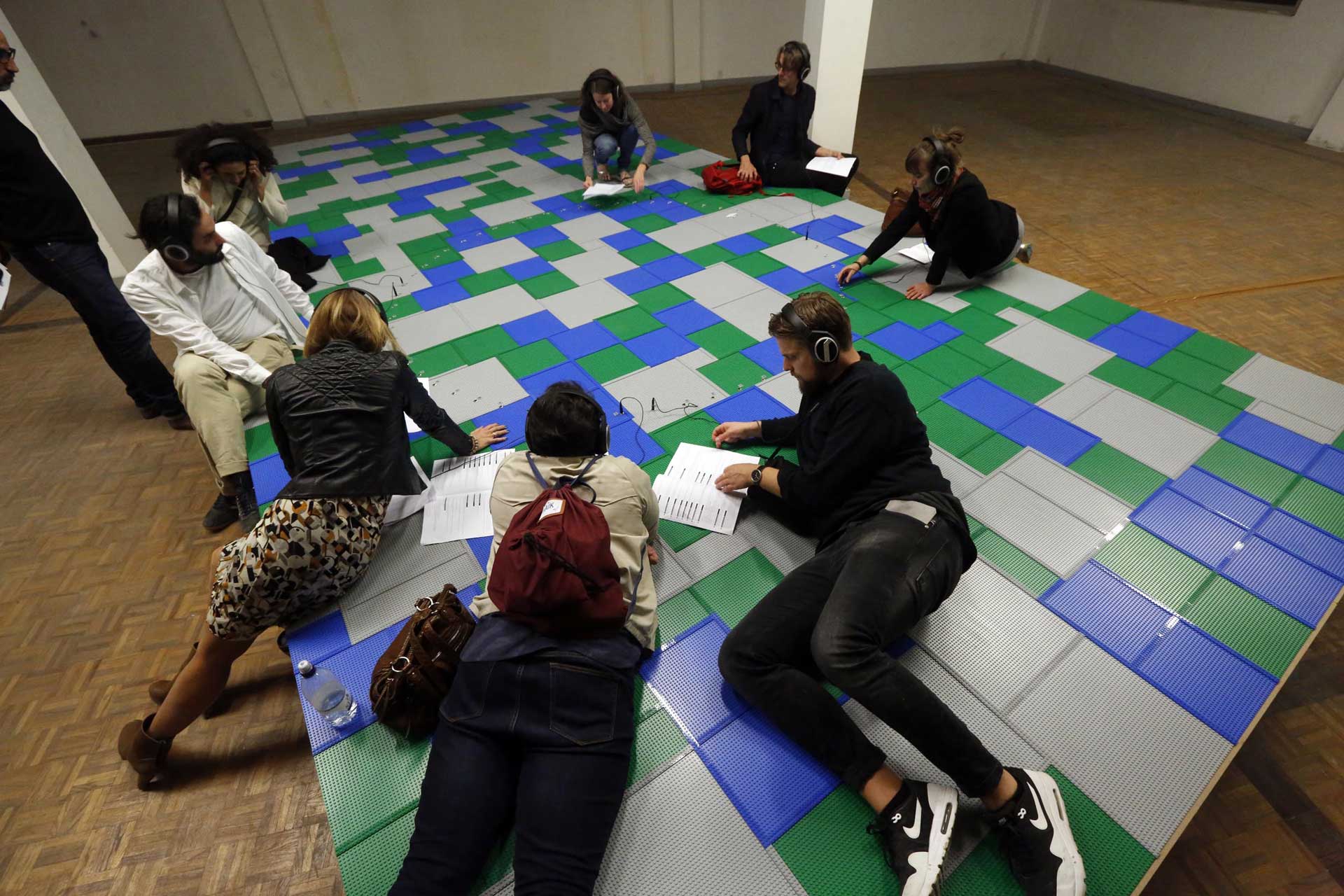 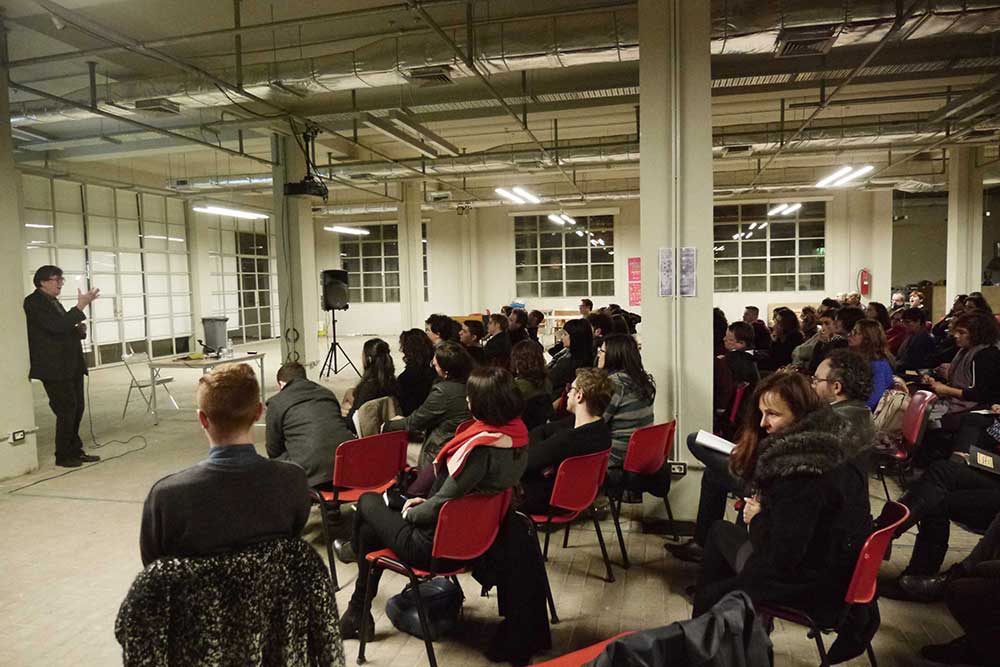 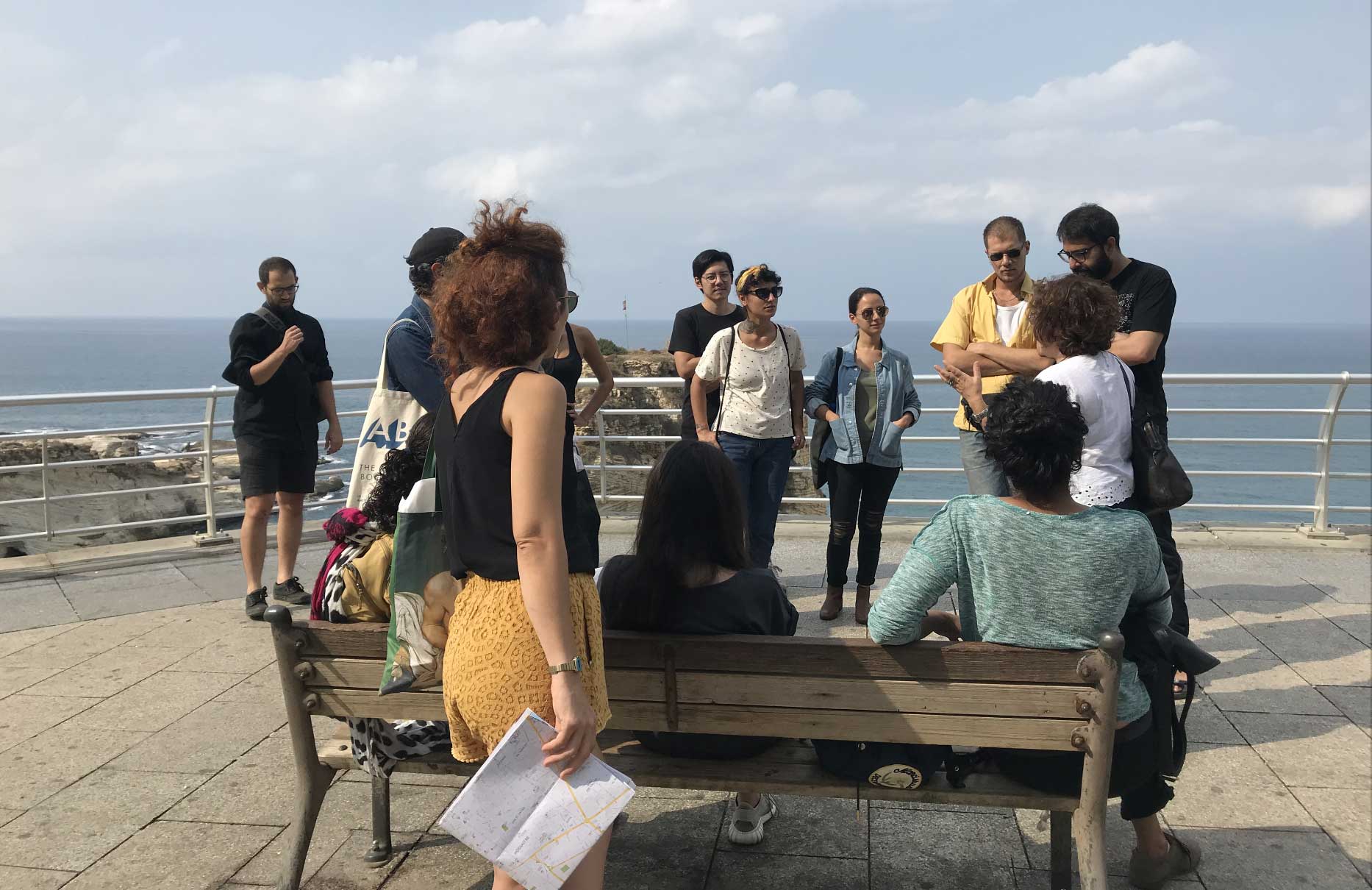 Artist Khalil Joreige during a seminar to the Home Workspace Program 2019–20 participants at Ashkal Alwan. Photo courtesy of Ashkal Alwan

Visitors engage with a commissioned installation by artist Natascha Sadr-Haghighian, pssst Leopard 2A7+, as part of the 7th edition of Home Works Forum (2015), held in the Ashkal Alwan space. Photo courtesy of Ashkal Alwan

HWP 2018–2019 fellows gather outside the Beirut corniche as part of a site-specific seminar. Photo courtesy of Ashkal Alwan

Following the success of the 2021 edition, itself shaped as a response to the ongoing political and economic collapse in Lebanon and the global Covid-19 pandemic, the eleventh edition of the Home Workspace Program (HWP) will launch online in late February, 2022. HWP is open to anyone wishing to attend and free of charge.

HWP 2022 will consist of four individual chapters, two seminars, and four skills-based workshops unfolding over the course of five months from February to July. Each chapter will last for three weeks and will be organized by a pairing of Lead Professors who will:
(1) design a specific curriculum responding to a set of theoretical and aesthetic concerns, and (2) invite up to two Visiting Professors to each lead a seminar, workshop, or collective reading session.

Individual seminars will have two sessions over the course of a week, opening a space for dialogue on current issues and critical frameworks. Skills-based workshops will be held in parallel with the individual chapters throughout the eleventh edition.

Ashkal Alwan, The Lebanese Association for Plastic Arts is a non-profit organization based in Beirut, registered at the Lebanese Ministry of Interior and Municipalities under 249/AD.

The current board of trustees is composed of Robert A. Matta, Carla Chammas, Zaza Jabre, and Hoor Al Qasimi.

This description is based on excerpts from Ashkal Alwan’s website and input from Christine Tohmé.

Interview with Christine Tohmé by Pelin Tan and Magnus Ericson